Dennis Mills was a suspect in the murder investigation of au pair Irina Nemovska in An Elementary Murder (Case #40 of Grimsborough).

Dennis is a brown-haired 47-year-old man. He wears a plum V-neck with a brass yellow collar. He also sports a golden tooth and chain. It is known that Dennis owns a teddy bear, has asthma and likes to eat Sweet Hearts.

Dennis is the husband of Janice Mills and the abusive father of their daughter, Sarah Mills. Dennis and Janice were the co-employers of Sarah's au pair, Irina.

Dennis was brought into the investigation when Jones and the player found a story book in Sarah's desk with his name on it. Dennis wanted to talk about the story book, but the team wanted to inquire him about his relationship with Irina instead. All Dennis told the team was that Irina operated as Sarah's au pair, but sometimes he wanted a little "Romeo Y Julieta" from time to time. While talking to the team, Dennis admitted that the Mills were asthmatic.

Dennis was interrogated a second time after Janice told the team about a telephone threat he made the day before Irina's demise. Dennis told the team it was not a death threat, but rather to have her stop talking to debt collectors on his behalf. Dennis also admitted to the team that he and Janice ate Sweet Hearts candy.

Dennis was proven innocent at the climax of the investigation when Jenny Honeycomb was indicted for the aggression. Jenny's indictment would forever change the lives of the Mills family, as Dennis finally settled all differences with his wife and child, making the Mills a functional family once more. 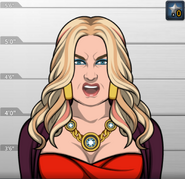 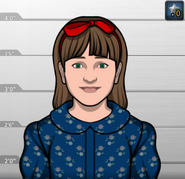 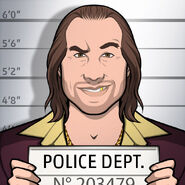 Retrieved from "https://criminalcasegame.fandom.com/wiki/Dennis_Mills?oldid=503230"
Community content is available under CC-BY-SA unless otherwise noted.