Deep Sahara near the city of Errachidia, Morocco

Carmen Martinez
Death in the Desert is a case featured in Criminal Case as the one-hundred twenty-third case of the game. It is the eighth case of the game's World Edition (Season 3) and also the second case to take place in the Sahara Region.

Carmen and the player chased The Sword, Chief Ripley's killer, to the deep Sahara. The team ran across Najwa tribe leader Anir Aznag, who reported of a body in his nomadic camp, where they investigated to find the burned corpse of oil magnate Donald Barnes.

Mid-investigation, Elliot tracked a mysterious signal to a plane wreck in the desert. Furthermore, Angela disappeared when she went out to take pictures, but was found shortly after. The team gathered enough evidence to arrest nomadic woman Mama Yasmine for the murder.

Initially unwilling to cooperate, Yasmine admitted to the crime. She was against Donald's refinery and foreigners exploiting her land and destroying nomadic traditions. She was pushed to her limit when Donald implied that her son would never be glad to visit her back from the United States, which made her strangle him with a rope and push his body into a campfire to destroy evidence. Judge Adaku sentenced her to 20 years in jail.

Post-trial, Carmen and the player looked for clues about The Sword in the nomadic camp, where they found their symbol in a dirty scroll Lars traced to widow Izzah Farid, who was discovered to be trading weapons to incite violence. Izzah said that some people believed The Sword was a great leader, while others believed they were a god.

Meanwhile, Carmen and the player investigated Barnes' refinery to dig into hired gun Jonah Karam's past before trusting him for more information about The Sword. They found a USB key with a file revealing—per Elliot's analysis—that Jonah had personally missed a target. Jonah revealed he had missed his target in Russia before leaving in anger. Upon hearing the story, Marina panicked out of the office. Marina then explained she had become Jonah's target when the former Russian president had ordered a hit on her after the interrogation techniques she was developing at university made him confess to a multi-billion dollar fraud, forcing him to step down.

Later, Ingrid reported civil unrest taking place in a town outside desert, where the Bureau headed with hopes of appeasing the unrest. 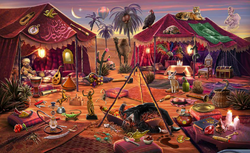 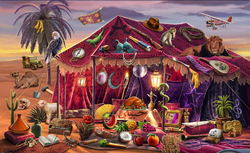 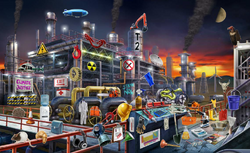 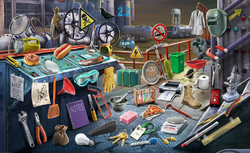 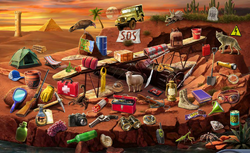 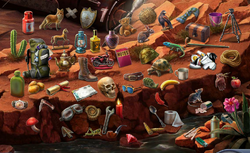