Death in My Hand is a case featured in Criminal Case as the thirty-fourth case of The Conspiracy (Season 5) and the two-hundred sixty-fifth case overall. It takes place in the Misty Grove district of Grimsborough.

After Tony Marconi came to the station and told them that one of his security guards, Keith Vaughan, found a body at the lake near the dome, Jones and the player went to meet Tony's lead, only to find DreamLife scientist Ernesto Vega's body with his skull clobbered in.

Mid-investigation, Mia Loukas discovered a tunnel to the dome near the crime scene. Later, Zoe Kusama fainted while walking in the forest with Louis Leroux. The team then found enough evidence to arrest Zoe for the murder.

Post-trial, Jones stormed out of the station, angry over DreamLife's treatment of Zoe. Gloria and the player went to the lakeside to look for him, but only found Jones's gun there. Per Rita's analysis, the gun was not fired but had Marconi's fingerprints on it. They talked to Marconi, who said that Jones asked him to orchestrate Zoe's jailbreak. After he refused, Jones drew his gun and Marconi tackled him in retaliation. After their scuffle, Jones went to the checkpoint, crying revenge. They went there and found a security logbook stating that Hawk Eye Security took Jones into custody. Gloria and the player talked to Marconi to have his employees release Jones, who apologized for his actions, explaining that the incident had left him in a blind rage.

Meanwhile, Zoe divulged her regained memories to Chief Parker and the player. She was grabbed outside the library, shoved inside a black car, and sedated with chloroform before waking up under the dome with the people she was searching for when she was a social worker. All of them were subject to human experimentation, with everyone but her eventually dying. One day when she noticed her straps were loose, she pretended to be sedated then ran when Vega left her. She then found the sewer tunnel and broke the steel bars with a steel barrel, taking papers about the experiments that she lost during her escape.

After all the events, Jones finally faced Zoe, assuring her that he did not think of her as a monster for killing Vega. She then told the team that they were experimented on in Lab 88-B. Chief Parker then acquired a warrant to search Lab 88-B for proof of human experimentation.

Louis Leroux
Add a photo to this gallery 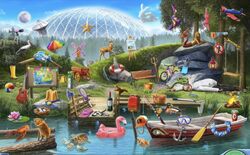 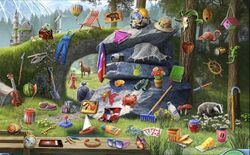 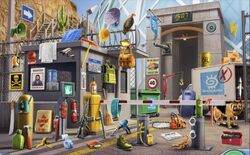 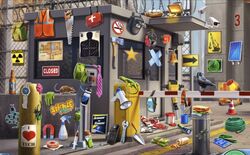 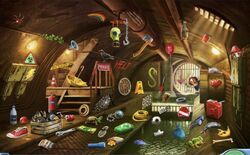 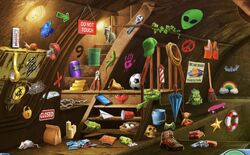 Tunnel Platform
Add a photo to this gallery

Start a Discussion Discussions about Death in My Hand