Death at the Circus is a case featured in Criminal Case, appearing as the one-hundred eighth case of the game and the fifty-second case of Pacific Bay. It takes place in Paradise City, a district based in Pacific Bay.

Amy and the player went to the Paradise City Circus with the player, only to find acrobat Annie Capri dead and suspended with a silk rope.

Mid-investigation, Hannah discovered that the victim had called from the wax museum before she died, fearing for her life. The conjoined twins, named the The Hanoi Sisters, also came forward, claiming their information on the killer was a matter of life and death. After hours of investigation, the victim's act partner, a male acrobat named Mikey Bolero, was outed as Annie's killer.

Upon admitting to the murder, Mikey said that Annie wanted to leave the circus. However, he thought the circus was his life and so he could not leave; by extension, he could not let his partner leave either. When he found out she had fled to the wax museum, he caught her there, dragged her back to the circus, and strangled her with her silk ropes to keep her at the circus for life. Judge Dante sentenced him to 30 years in prison.

Eugenia Hestentrope wanted the player to subdue Coco the Magnificent and Freddy Gomez since she firmly believed that these two individuals were involved in a heist Louis De Rico was plotting. Judge Dante, meanwhile, wanted the player to accommodate him since he had to do everything to examine the conditions in the circus. It was revealed that the Hanoi Sisters had been enslaved by the oppressive ringmaster named Orsino Ziegfeld. Judge Dante was successful in forcing Orsino to change his ways on how he treats his circus performers. However, the big heist plans had yet to be thwarted.

Mikey Bolero
Add a photo to this gallery 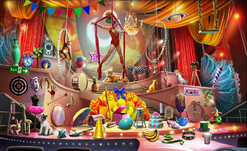 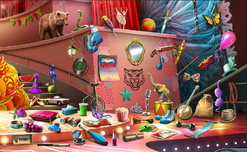 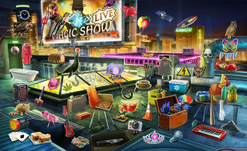 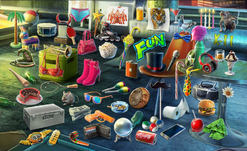 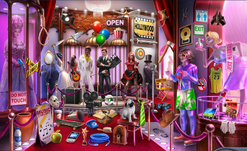 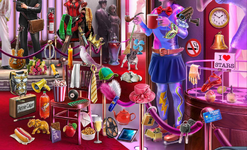 Wax Museum Entrance
Add a photo to this gallery

Retrieved from "https://criminalcasegame.fandom.com/wiki/Death_at_the_Circus?oldid=470230"
Community content is available under CC-BY-SA unless otherwise noted.