Jack Archer (All Chapters)
Cleopatra (1 task in Chapter 2)
Zara Tien (Kingdoms of Clay 1)
Death as Old as Time is a case featured in Criminal Case as the two-hundred ninety-second case of the game. It is the first case of Travel in Time (Season 6) and also the first one to take place in Ancient Times.

Upon receiving reports of a time disturbance in Cleopatra's palace in 47 BCE Ancient Egypt, Chief Scott sent Jack and the player to investigate. Disguised as Roman centurions, the two found Julius Caesar stabbed to death in Cleopatra's throne room, three years earlier than his actual death.

Mid-investigation, Cleopatra reported someone breaking into her room. Soon afterward, Brutus discovered that the Jack's and the player's names were not on the military register, but the team convinced him they were newly-assigned centurions. The team then found enough evidence to arrest royal guard Pamiu for the murder.

Upon admitting to the murder, Pamiu admitted that he was a time traveler from the present day who had gone back in time to woo and sleep with Cleopatra. However, a jealous Caesar had accused him of seducing Cleopatra; Pamiu then stabbed Caesar in the back in order to prevent him from jeopardizing his plan. He then admitted that he was actually Benjamin Milo, a researcher from T.I.M.E. who stole a time machine for his plan. They then presented him to Cleopatra, who ordered the team to feed him to the crocodiles. The team then took him back to the present to be judged, speculating that he would get 30 years in prison.

Post-trial, the player was reunited with Amy and Marina who now worked for T.I.M.E. and met up with Zara, their second partner. Orlando then asked Zara and the player to find Caesar's seal so Marina and Penelope could forge his will to name Octavian as his adoptive son and heir in order to preserve history. After the plan was successfully executed, the team asked former pirate Yuya if he knew any trustworthy captain to take the will to Rome. Yuya mentioned such a captain, and the team sent a messenger to him to entrust him with the will.

Meanwhile, Jack and the player asked Brutus to convince Cleopatra that Caesar was to be buried in Rome to prevent her slave Nebet from being buried alive alongside Caesar. After all the events, the team went back to the present, only for the time machine to go wrong and land in 37 BCE, Ancient Gaul. 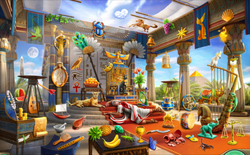 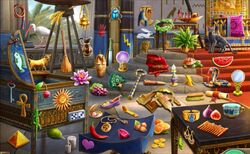 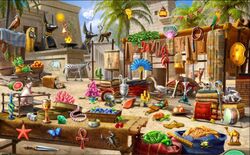 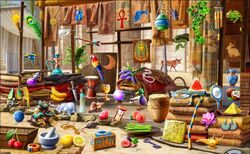 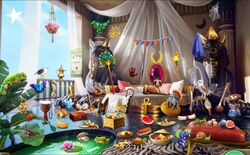 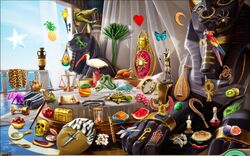 Cleopatra's Bed
Add a photo to this gallery

Retrieved from "https://criminalcasegame.fandom.com/wiki/Death_as_Old_as_Time?oldid=542778"
Community content is available under CC-BY-SA unless otherwise noted.