Death Match is a case featured in Criminal Case as the one-hundred forty-sixth case of the game. It is the thirty-first case of the game's World Edition (Season 3) and the first to take place in Oceania.

Following the lead provided by Ronin Ozawa in Kyushu, the Bureau arrived in Bangkok. Local police requested Jack and the player to investigate the death of Muay Thai boxing champion Thanid Tongproh, who was found strangled in a boxing ring.

During the investigation, the press unnecessarily caught wind of the murder, and Lars had to talk to Professor Marshall Metcalf for an antidote to his self-induced blue skin. Despite these, the team incriminated bookmaker Chon Sansurin as Thanid’s killer. After denying involvement, Chon admitted he strangled Thanid with his mongkol after he refused to intentionally lose his fight against Baxter Fraser, violating their agreement in which Chon would bet for Thanid’s defeat and then give him part of the profits. Judge Adaku sentenced him to 20 years in prison.

Getting a tip from an unknown source called X, Elliot advised Jack and the player to investigate Thanid's past. On the boxing ring, they found a photo of a 12-year-old Thanid. Elliot said it was taken in the abandoned classroom the player had found in Kyushu. Believing Thanid had taken part in The Hunt, the team asked his wife, Maniwan Tongproh, about his childhood.

Maniwan said the only thing he revealed about his infancy was that his parents were killed. She directed the team to the Ayutthaya ruins, where they found a letter from Obaasan addressed to Thanid, telling that it was his last chance to prove he was not weak lest he die. This proved Thanid had indeed taken part in The Hunt, and SOMBRA had been planning that event for longer than the Bureau had thought.

After the player successfully helped Jonah invite Marina to dinner, Elliot received another encrypted message from X, telling the team to meet a woman named Michelle Zuria for more information about SOMBRA’s "next level". The Bureau then caught a plane to Singapore to meet Michelle.

Chon Sansurin
Add a photo to this gallery 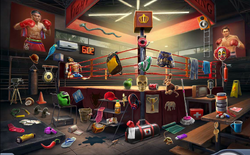 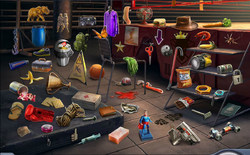 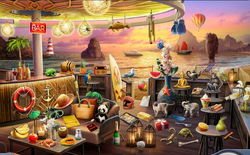 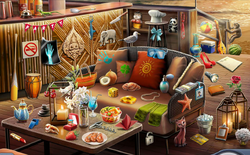 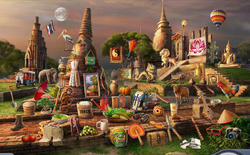 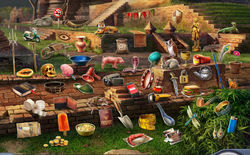 Park Ruins
Add a photo to this gallery

Retrieved from "https://criminalcasegame.fandom.com/wiki/Death_Match?oldid=426587"
Community content is available under CC-BY-SA unless otherwise noted.