Death Is a Cabaret is a case featured in Criminal Case as the twenty-third case of Mysteries of the Past (Season 4) and the one-hundred ninety-fourth case overall. It takes place in the Sinner's End district of Concordia.

Constable Ramirez reported of a body found in a Moulin Rose bedroom, where Isaac and the player headed to find the body of Gladys Perrin with her stomach slashed open. Since the body also had a white feather, the team deduced that the killer was the Scarlet Slayer.

During the investigation, Ramirez reported that the Slayer was seen trying to flee at the metro station. Later on, Finley Flanagan threatened to unleash his wrath on the team if they did not solve the murder by sunset. Eventually, Fiona Flanagan was revealed to be the Slayer and arrested for the murder.

Initially denying involvement, Fiona admitted to the crime. She killed Gladys and the other girls to liberate them from being employed as prostitutes. During the trial, Ramirez told Judge Lawson that Fiona escaped during her transfer to the court.

Post-trial, the team looked for Fiona at the metro station. They found her handcuffs, which (per Evie) were cut by Seamus O'Neill. Seamus said that he released Fiona from her handcuffs because she ordered him and because he was scared of her. Seamus also stated that Fiona wanted him to fetch her something from the cabaret bedroom, and then was arrested for helping a serial killer. In the bedroom, they found Fiona's wallet with a coin which proved that she was in an opium den.

After Maddie, Diego, and the player helped Charlie to retrieve his life savings from a swindler, Rose located the opium den where Fiona was. The team then headed to the opium den to catch Fiona and take her to justice.

Henri Leclerc
Add a photo to this gallery

Seamus O'Neill
Add a photo to this gallery 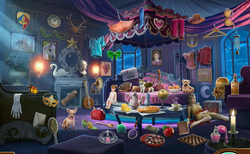 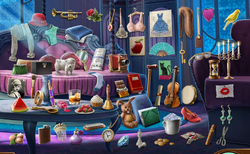 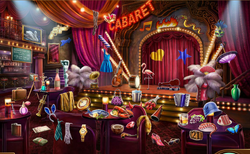 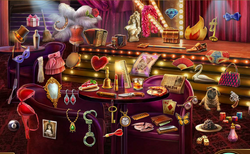 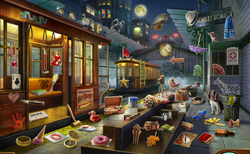 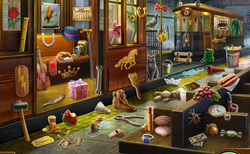 Metro Wagon
Add a photo to this gallery

Retrieved from "https://criminalcasegame.fandom.com/wiki/Death_Is_a_Cabaret?oldid=541638"
Community content is available under CC-BY-SA unless otherwise noted.