Dearly Departured is a case featured in Criminal Case as the forty-ninth case of The Conspiracy (Season 5) and the two-hundred eightieth case overall. It is the first one to take place in the Airport district of Grimsborough.

Jones and the player went to Grimsborough International to confront Mayor Joe Warren regarding his affiliation with Ad Astra, only for him to report of a woman collapsing dead in the gate bar. The team went there to collect the poisoned body of flight attendant Dolores Zamora.

Mid-investigation, bartender Tamu Wanjiku turned up and demanded to gain access to her gate bar. Later, a crowd of flight passengers demanded that they close the case so they could reenter the airport and board their flights. They then found enough clues to arrest pilot Shane Redfern for the murder.

Upon admitting to the murder, Shane said that Dolores threatened to tell a journalist about the naps he took in the cockpit mid-flight if he were to harass her again, which would guarantee him getting fired. When the threat solidified after Dolores had told him that she was meeting with the journalist upon landing, he laced the smoothie that she ordered in the bar with Pest-B-Gone. Judge Powell sentenced him to 25 years in prison.

Post-trial, Jones and the player asked Tamu Wanjiku regarding Mayor Warren's actions, considering that he was a frequent flyer. After Tamu said he had left behind a USB key in the bar, the team found the drive which (per Cathy) contained footage of him convincing Martha Price to go to the animal control tanks alone, a situation that would eventually lead to her death and which would lead to Warren's rise in political rank. The team went to the Mayor's office to confront him, but his assistant, Mandy Pregodich, told them that the Mayor was at Christian Bateman's vineyard.

Afterwards, Amir suggested that he and the player pose as waiters in the vineyard to spy on Bateman and Warren. After finding waiter uniforms at the airport hotel, the team proceeded to the vineyard and discovered that Warren was convincing an impatient Bateman to bide their time before their execution of Plan Supernova, but he did not know why the plan was being delayed.

Meanwhile, Gloria and the player found Sofia Quadrelli's luggage with Amity Malone (who had stolen it out of habit to cope with her anxiety) before Sofia returned to Milan. After all the events, the team reconvened to discuss their plan of action regarding Ad Astra and Plan Supernova, only to be interrupted by a blackout.

Amity Malone
Add a photo to this gallery

Mandy Pregodich
Add a photo to this gallery 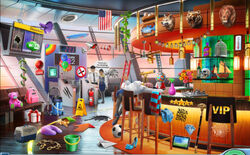 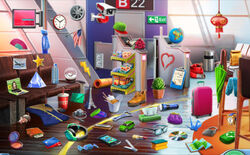 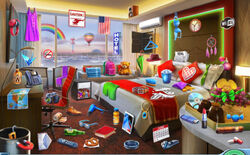 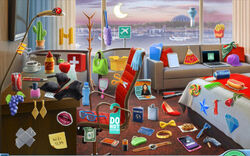 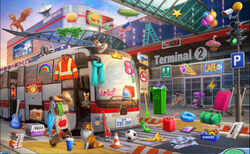 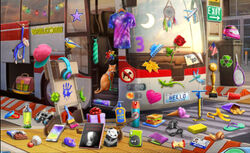 Shuttle Stop
Add a photo to this gallery