Deadeye is a case featured in Criminal Case as the thirty-ninth case of The Conspiracy (Season 5) and the two-hundred seventieth case overall. It takes place in the University district of Grimsborough.

Upon Iota Psi Omega sorority president Monica Pozie's report of a murder in the paintball arena, Gloria and the player rushed there to collect the body of Iota Psi paintball team captain Sam De Witt, who was shot in the eye.

Mid-investigation, Mia Loukas told the team that Sam's sorority was holding a party celebrating her death, which turned out to be one celebrating her life instead. Later, Blaise Studebaker complained that he was driven out by the sorority girls when he tried to get in their party. The team then found enough evidence to arrest Monica for the murder.

Upon admitting to the murder, Monica said that despite her efforts to attain the sorority presidency, her sorority sisters never approached her for personal counselling, opting to talk to Sam instead. This made Monica think Sam was stealing Iota Psi from her, especially with the sorority president elections coming up. Not wanting to lose the presidency, Monica tampered with the air tank for her paintball gun to increase its pressure and fired a marble straight into Sam's eye. Judge Powell sentenced her to 15 years in prison.

Post-trial, Cathy told the team that Rozetta Pierre was a member of Iota Psi, prompting Gloria and the player to investigate the sorority house. There, they found an old picture of Rozetta with text on the back mentioning Ad Astra. Per Gabriel, it was written by someone who wanted to join Ad Astra recently, implying the group was still active. The team talked to Monica in jail, who said that it was Sam who wanted to join Ad Astra before pointing them to the sorority house for clues. They found a USB key, which (per Cathy) confirmed that Ad Astra was founded by Rozetta, and that Courtney Guerra was a member of the group. Upon interrogation, Courtney revealed that Ad Astra had disbanded when Rozetta went after bigger projects but it was resurrected one year ago, when the meteorite fell on Grimsborough. When questioned further, Courtney refused to give more answers.

Meanwhile, Rita organized a paintball match for the team with help from Martine and the player. After all the events, the paintball match played out, ending in a tie. The team then resolved to find out about Ad Astra's objectives.

Ashley Howard
Add a photo to this gallery 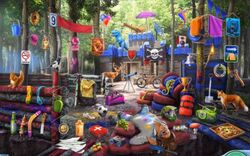 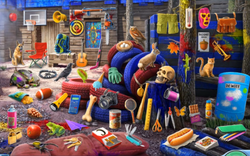 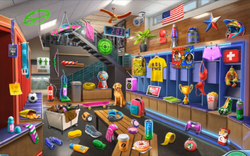 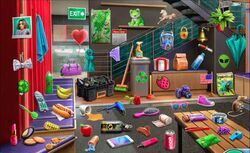 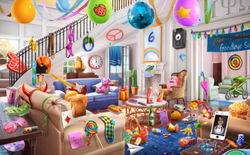 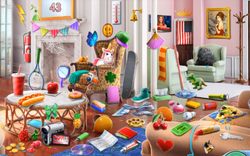 Sorority Living Room
Add a photo to this gallery