Dead Men Tell No Tales is a case featured in Criminal Case as the twenty-eighth case of The Conspiracy (Season 5) and the two-hundred fifty-ninth case overall. It takes place in the Maple Heights district of Grimsborough.

Martine, Jones and the player went diving through a flooded street to reach the Xerdan cave where the Demon Fish were released. There however, they came across the body of landlord Joshua Gibson, shot through the heart.

During the investigation, Captain Carl Rossa simulated the firing of his cannons to advertise his pirate bar, the Black Sparrow. Later, Martine fell into a critical condition after getting bitten by a Demon Fish upon going back diving in the flood waters. Eventually, the team found enough evidence to arrest Carl for the murder.

After his parrot gave him away, Carl admitted that Joshua was blackmailing him for a cut of his rum sales by using an ancient maritime law that would grant him the ownership of the Black Sparrow as soon as it docked on Doreo Drive. Not wanting to lose his ship, Carl shot Joshua in the heart with a pirate gun. Judge Powell sentenced him to 15 years in jail.

Meanwhile, Cathy told Jones and the player that Mortimer Pickering's flight arrived ahead of schedule. They looked for him at the pirate bar, where he was last seen, to intercept him before DreamLife got to him. They found his phone, which (per Cathy) proved that Mortimer was staying in the Glitz Hotel and had so far made no contact with DreamLife. They informed Chief Parker about their findings.

After all the events, the team visited Martine, who had partly recovered and remembered seeing Ray Parker diving in the Xerdan cave when she was bitten by the fish. When confronted by Chief Parker and the player, Ray stated that he was investigating the fish to help the team. Later, Chief Parker told the team to intercept Mortimer at the Glitz Hotel during an upcoming lifetime award ceremony for Celine Dernier.

Ruth Matuszak
Add a photo to this gallery

Ray Parker
Add a photo to this gallery 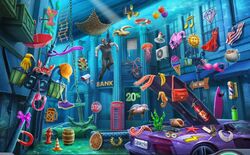 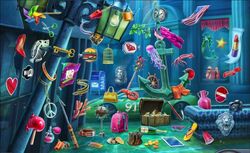 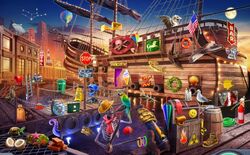 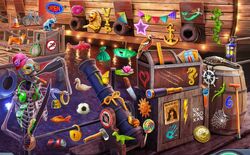 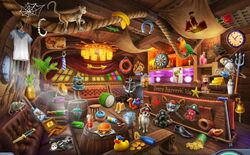 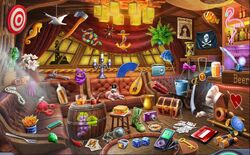 Bar Couch
Add a photo to this gallery

Start a Discussion Discussions about Dead Men Tell No Tales