Felix, Luke, and the player headed to the Bonneville Salt Flats to see some racers in action, only to witness racer Jerry McKenzie's car burst into purple flames mid-race. While the authorities barred them from accessing the body, Luke and the player decided to investigate the supernatural murder.

Mid-investigation, FBI Agent George Mathison informed the team that he convinced the authorities to give the team access to Jerry's body. Later, Hope freaked out upon losing her guinea pig Scrooge; fortunately, she found him shortly afterwards. The team then had enough evidence to arrest the victim's uncle, former racer Ralph McKenzie, for the murder.

Initially denying the murder, Ralph admitted that he had a deal with the Devil that he made in his youth, promising him success in racing on the condition that he be the last racer in his bloodline or he would suffer eternal hellfire. When Jerry thought of getting into racing, Ralph started seeing signs of the Devil coming for him. He then placed a cursed jar in Jerry's car to ensure that he would not be able to race again. The team presented Ralph to Chief Arrow, who informed him that the Devil was not real, and that he entirely owed his success at racing to his own skill. With the indirect nature of the murder, Ralph could not be properly indicted in a court of law, however, only being burdened by the thought of him pointlessly murdering his own nephew.

Post-arrest, Priya told Chief Arrow that she was planning to take up on alpha werewolf Annette Strong's offer to join her pack so she could infiltrate them and gain intel on the werewolf involved with demons. With the Chief approving the plan and Ben crafting her a silver knife for self-defense, Priya approached Zander Stark, who agreed to take her to Annette.

Meanwhile, Luke won in a friendly race with racer Lily Karam, with help from mechanic Maylin Park, who fixed him a car and accompanying safety gear. After all the events, Chief Arrow decided to track down his reclusive old mentor for advice in dealing with demons. The team then departed to the Idaho woods where Chief Arrow's mentor was last seen. 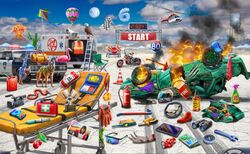 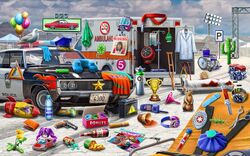 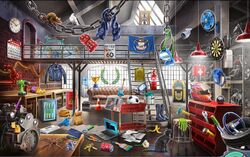 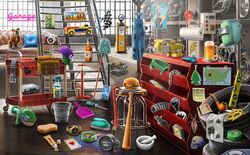 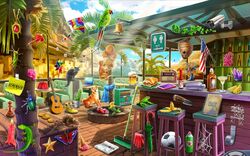 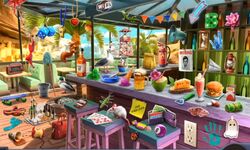