Dead Girl Rolling is a case featured in Criminal Case, appearing as the sixtieth case of the game and the fourth case of Pacific Bay. It takes place in Ocean Shore, a district based in Pacific Bay.

Amy and the player were watching a roller derby match with Hannah when they witnessed Helter Skaters captain Susie Pickley dying after getting knocked down by opposing roller derby captain Mona Middlefinger.

Mid-investigation, a blog claiming to know the reason behind Susie's murder popped up, which the team traced to vlogger Becky Walden, who had made the blog for the STALKR award. Later, Becky came to the station and said that the award did not exist, meaning that someone had asked her to stalk the victim. The team discovered this someone to be her confidante and mother-in-law, Barbara Pickley, who turned out to be her murderer as well.

Barbara claimed that Susie's entry into the roller derby scene led her to engage in activities against Barbara's moral compass. When she realized that Susie was flirting with Lenny Spitfire, she feared that Susie would leave Howard Pickley. She then resorted to lacing Susie's drink with Rocket Cow, which induced an anaphylactic shock in Susie. Judge Dante sentenced her to 25 years in jail.

Post-trial, Russell, Amy, and the player discovered that Mona starred in plays to entertain children who were sick. They also gave Howard back a film roll of Susie to comfort him as he was struggling with his mother killing his wife.

Lenny Spitfire
Add a photo to this gallery 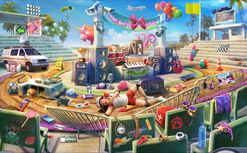 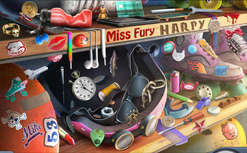 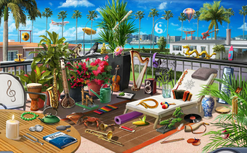 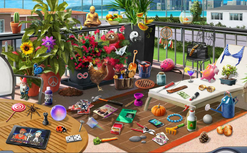 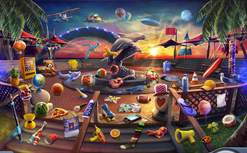 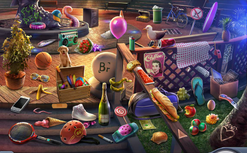 Plaza Stairs
Add a photo to this gallery

Retrieved from "https://criminalcasegame.fandom.com/wiki/Dead_Girl_Rolling?oldid=501390"
Community content is available under CC-BY-SA unless otherwise noted.