Day of the Dead is a case featured in Criminal Case as the one-hundred sixty-fourth case of the game. It is the forty-ninth case of the game's World Edition (Season 3) and the first to take place in North America.

Previously, the Bureau had arrested Arsenio Castillo, SOMBRA's former leader, for murdering Michelle. After learning from Ramon Cortez, Ingrid's ex-husband, that a wall was being built between the United States and the country, the team went to Mexico. Chief Ripley sent Jack and the player to the construction site where the wall was being built. When they arrived, they found the project coordinator Cindy Hamilton tied to a hook and beaten to death.

During the investigation, Elliot found an underground depot below the wall. Furthermore, an angry mob threatened to destroy the wall. The team gathered enough evidence to incriminate protest leader Madena Cuervo as Cindy's killer.

Madena tried denying involvement but admitted to the crime. Madena would be unable to see her daughter Rose again if the wall was finished and the Mexicans locked in their country. She had talked to Cindy to convince her to stop but she had laughed at her. Madena had been pushed to her limit when Cindy had called her daughter "half-breed", which led her to tie Cindy to a hook and relentlessly beat her to death with a piñata bat. Judge Adaku sentenced her to 30 years in jail.

Post-trial, Jack and the player went to the construction site to investigate the wall's possible ties with SOMBRA. They found a newspaper article, which (per Elliot) showed that the United States had ordered the wall's construction without a clear motive, prompting Mexico to sue the country at the Unified Nations. The team talked to Niilo Virtanen, a Unified Nations envoy in Mexico whom Elliot identified in the article.

Niilo said that the United States was starting to adopt an isolationism policy and was getting its commercial relationships with other countries cut. Niilo then directed the team to the underground depot to look for his archives. Per Elliot, the archives proved that the United States was divided in two, some people vowing to leave the Unified Nations (USNay movement) and some vowing to stay in them (USStay movement), with the latter being led by politician Sandy Turner.

Meanwhile, Marina and the player helped Ingrid and Ramon face their broken past. Later, fearing that SOMBRA would use the United States' political instability to their advantage, the Bureau headed to San Francisco, where the USStay movement was organizing a rally.

Chico Alegria
Add a photo to this gallery

Niilo Virtanen
Add a photo to this gallery 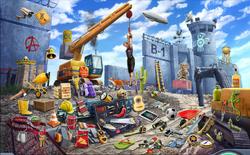 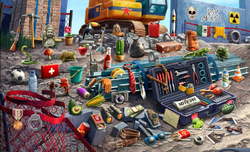 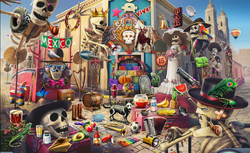 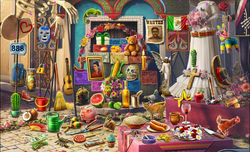 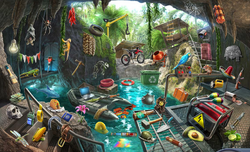 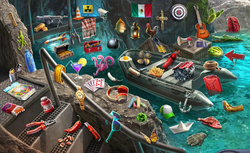 Inflatable Boat
Add a photo to this gallery

Retrieved from "https://criminalcasegame.fandom.com/wiki/Day_of_the_Dead?oldid=524203"
Community content is available under CC-BY-SA unless otherwise noted.