David Breitman (Heb: דָּוִד ברעיתמאנ; also known as "The Wolf") was the victim in Payback (Case #12 of Pacific Bay).

David was a Caucasian father-of-one with gray hair and a bald spot on top. He also had a light gray stubble around his jaw, blue eyes, and a scar that was across his face. At the time of his death, he wore a black polo shirt and a navy blue t-shirt as well as a pair of blue jeans and black canvas shoes.

Amy and the player found David dead with his throat slashed in Myriam Miller's deli. They sent his body to Roxie, who noted that the killer burned David's face before killing him. Roxie found traces of green tea on David's burnt skin cells, which suggested that the killer was fond of drinking green tea.

Later on, the team found a bloody pocket knife in a trash bag in the train station. Yann confirmed the blood on the blade to belong to the victim, confirming it as the murder weapon. He also found a small screw used for glasses stuck inside the pocket knife, meaning that the killer wore glasses.

David used to commit burglaries under the alias of "The Wolf", which would eventually lead to his imprisonment. One of his associates was a safecracker nicknamed "The Fox", Isaac Miller, father to Myriam. On his last burglary, David refused to listen to Isaac's warnings and thus stayed too long at the crime scene. The police then arrived upon Dr Mark McKenzie's report, leading to a crossfire with the police that claimed Isaac's life. Another was Yuan Wong AKA "The Dragon", who was having an affair with him. Because of his imprisonment, David was forced to leave his daughter, Eva Breitman, in the care of rabbi Jacob Fishman. Eva resented her father for abandoning her and trying to return to her without remorse for his criminal past. Jacob was aghast that upon his return, David kept asking for more favors from him, expecting him to do so because of his job as a rabbi. David also approached Mark for medical assistance, not knowing that he was the witness who gave them away.

The killer turned out to be Yuan.

After pleading innocence, Yuan admitted to the crime. After Yuan refused to give him the money they had made from their burglaries 25 years prior, David robbed her and fled. When she spotted David at the delicatessen, Yuan threw hot tea at his face to blind him and slashed his throat with a pocket knife. She then knocked him out with a menorah to lessen his pain. Judge Dante sentenced her to 25 years in jail. 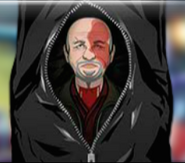 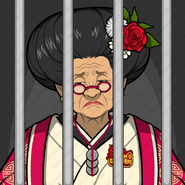 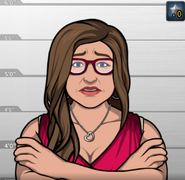 Eva Breitman, David's daughter.
Add a photo to this gallery

Retrieved from "https://criminalcasegame.fandom.com/wiki/David_Breitman?oldid=463385"
Community content is available under CC-BY-SA unless otherwise noted.