Daniel was a 25-year-old man with brown hair and brown eyes. At the time of his death, he wore a plaid marble gray jacket with a kangaroo sign badge over a blue t-shirt with the picture of a beach imprinted on it.

Daniel was found lying dead in his attic with his eyes open. After the victim's body was autopsied, Nathan Pandit said that he found no visible wounds on the body and that he had no idea about how Daniel died. He said that the victim dropped dead and it was not a natural death since Daniel was in perfect health.

Later, Jones and the player found a flower in the greenhouse. After analyzing it, Nathan told the team that this was the same flower that was used to poison Daniel. Therefore, this flower was the murder weapon used by the killer to kill the victim. Nathan also said that the flower was called "Ultimum Viaticum", or "Last Journey", and that it was most commonly found in South America. He said that if this flower was ingested, the toxins in its pollen would provoke headaches, blurred speech, etc, and if the victim could not seek help in time, they would die by asphyxiation since it constricted the lungs.

Ever since the death of his mother ten years prior, Daniel had been living with his aunt, Victoria Taylor. According to Victoria, Daniel often changed jobs. Victoria had asked Daniel to be at home in case there was any trouble with her, but he insisted on staying out, using his job as an excuse.

Daniel's latest job was at Gertrude Piccadilly's tea parlor. Gertrude had feelings for Daniel, which she admitted to him. He then assured her that the unreciprocated feelings would not affect his job performance. Gertrude grew furious, however, after discovering that Daniel was planning to leave Grimsborough for Australia.

Daniel had been dating Lily Robinson, with whom he was in love "since they were kids." Daniel wanted to "escape" Grimsborough by traveling, even asking Lily advice for which wild plants were poisonous and which were edible, given her botany experience. However, while Lily did teach him what he wanted, she disapproved of his desire to leave. That did not stop Daniel from convincing Lily to escape with him. Due to this, Lily's grandmother, Molly Robinson, saw it necessary to talk him out of convincing Lily as she did not want to lose Lily.

The killer turned out to be the victim's girlfriend, Lily Robinson.

Daniel wanted to leave Grimsborough and go to Australia with or without Lily, but she did not want to leave the city since it was her home and she belonged there. According to Lily, she and Daniel were soulmates and she could not let her love go away from her. So without any other choice, Lily poisoned Daniel with the deadly flower acquired from Charles Parker's greenhouse. Judge Hall sentenced her to 15 years in prison with a parole in 6 years. 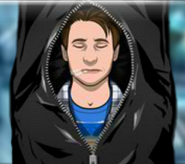 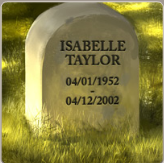 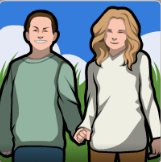 Daniel and Lily when they were kids.

Daniel and Gertrude in Daniel's Employee of the Month photo. 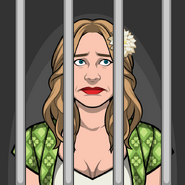 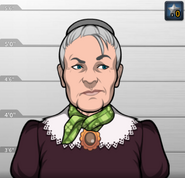 Victoria Taylor, Daniel's aunt.
Add a photo to this gallery

Retrieved from "https://criminalcasegame.fandom.com/wiki/Daniel_Taylor?oldid=491875"
Community content is available under CC-BY-SA unless otherwise noted.