Damien Cummings, appearing as an unseen minor character in Criminal Case, was mentioned during the events of The Parting Shot (Case #11 of World Edition).

Damien was the son of Seamus Cummings and his wife, Fiona Cummings.

Damien died in 2012, three years before the events of The Parting Shot. He lost his life when he was found shot dead.

The truth behind Damien's death was revealed later on when his mother, Fiona, was arrested for murdering his father, Seamus. It was revealed that Damien had died because he accidentally shot himself with his father's gun and his father had covered it up. Seamus had lied to Fiona by saying that Damien had been killed in a drive-by shooting, but a few months before Seamus' death Fiona realised it was a lie the whole time. Seamus had promised her that he would not keep the gun at home, but he did not. 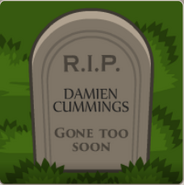 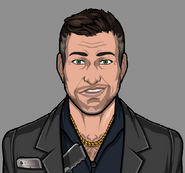 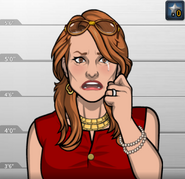 Fiona Cummings, Damien's mother.
Add a photo to this gallery

Retrieved from "https://criminalcasegame.fandom.com/wiki/Damien_Cummings?oldid=482970"
Community content is available under CC-BY-SA unless otherwise noted.