Crime and Punishment is a case featured in Criminal Case as the tenth case of Travel in Time (Season 6) and the three-hundred first case overall. It is the final case to take place in The 1960s.

Outside the Soviet embassy in Washington, D.C., Jack and the player met up with Nicoletta Marconi, who had agreed to team up with the team to steal Leonardo da Vinci's treatise from Soviet ambassador Lev Romanov previously, after which she told the team to infiltrate the embassy once she disabled the security system. When the signal was given, the team went in, only to find Lev strangled to death on the embassy driveway. The Soviet security personnel then tasked the team to carry out the investigation.

Mid-investigation, the team found out that Marina had disobeyed Amy's orders and met Lev in secret, forcing the team to flag her as a suspect. Marina later informed the team that Lev had spoken in the US Congress earlier that week. Soon afterwards, news of Lev's murder spread on Soviet news, heightening tensions between the Soviet Union and the USA. During the investigation, they also found a film recorder showing a young Natasha Romanova. The team then found enough evidence to arrest Congressman Graham Winslow for the murder.

Winslow admitted to killing the ambassador to kickstart an armed conflict between the Soviet Union and USA so that the USA could wipe out the Soviet Union immediately. The team then took him to the judge to answer for his crimes.

Despite the arrest, neither the Soviets nor the Americans were willing to back down from the armed conflict. Suspecting that both sides thought that backing down would show that they were weak, Marina and the player collaborated with FBI Agent Bucky Johnson to send fake messages to both sides of the war stating that the other side had backed down.

Meanwhile, Nicoletta told Jack and the player that she had found Da Vinci's treatise in Lev's fallout shelter and that she had hidden it in one of the embassy driveway's bushes. They found the treatise and sent it to Kai, who said that the pages with the formula on time travel were missing. However, Kai said that he could accurately target a jump to Renaissance France with what he had in order to ask Da Vinci himself about the formula. Kai then asked the team to find some plutonium to power up the time machine. They then tricked KGB Agent Zavrazin into revealing that Lev had a plutonium stockpile in his bunker. The team then got some plutonium to power up the time machine.

After all the events, with the missile crisis averted, Amy gave the green light for the team to travel to the Renaissance.

Graham Winslow
Add a photo to this gallery

Bucky Johnson
Add a photo to this gallery 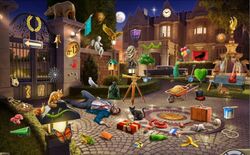 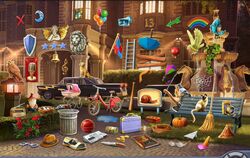 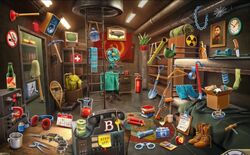 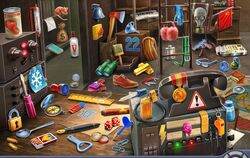 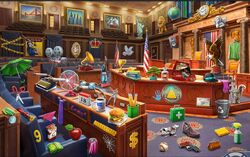 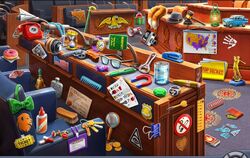 Congress Seats
Add a photo to this gallery

Start a Discussion Discussions about Crime and Punishment