Crash and Burn is a case featured in Criminal Case as the one-hundred fifty-second case of the game. It is the thirty-seventh case of the game's World Edition (Season 3) and the first to take place in Africa.

After escaping the destruction of SOMBRA's island, the Bureau followed the remaining recruits to Kenya. During their flight, one of the plane's engines exploded, forcing the pilot Jakobo Nkosi to make a rough landing in a baobab forest in Madagascar. When he got off the plane to inform the Embassy about the accident, Jakobo had his throat slashed, prompting Carmen and the player to investigate his murder.

Elliot tracked a message from the killer to Jakobo to Lake Anosy. Later, the killer fired multiple shots at the team, but no one was injured. The team gathered enough evidence to incriminate ex-soldier Aristide Akintola as Jakobo's killer.

Aristide denied involvement but later admitted to the crime. He only said that he wanted to kill all people inside the plane. When he spotted Jakobo in Antananarivo, he could not resist chasing him and slicing his throat with a hunting knife because he had previously betrayed him while serving in the Army. Despite his silence, the team deduced at court that someone had paid Aristide to carry out the hit. Judge Adaku sentenced him to 30 years in jail.

Assuming that the plane was sabotaged, the team interrogated Jasmine Hart, Jakobo's co-pilot, to learn about any suspicious activities before take-off. Jasmine said that the engine's explosion was caused by something outside the plane because pre-flight instrument checks were in order. The team investigated the crash site and found an engine part with a bullet hole, which (per Jonah's analysis) was from Aristide's rifle. Ninah Zafy confirmed that Aristide's bullet pierced the plane's hydraulic pipes and caused the accident.

Believing that Aristide shot them from Lake Anosy, the team investigated the vicinity. They found some punch cards, which (per Elliot's analysis) contained the Bureau's route from Sydney to Kenya and orders to shoot their plane down, issued by SOMBRA. Elliot also deduced that someone from the Bureau had given their skyway to the organization.

Meanwhile, Michelle Zuria offered the team help to investigate SOMBRA's plans in Kenya. Michelle said that SOMBRA's recruits in Africa received their orders via shortwave radio transmissions, disguised as weather information. The team found a shortwave radio receiver, which (per Elliot and Michelle) contained a message from SOMBRA with a few unknown names. The team asked ambassador Alex Lange if he could identify those names.

Alex said that one of them, Lavinia De Brills, was the heiress of the world's biggest diamond firm, making her highly influential. Furthermore, she was last seen in Kenya. The other three people were in different African countries. The team deduced that Lavinia was the person they were looking for.

With Elliot strengthening their security measures against the presumed mole, the Bureau resumed its route to Kenya, hoping to get to Lavinia before SOMBRA did.

Patrick Bota
Add a photo to this gallery 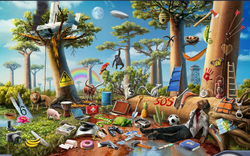 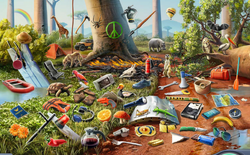 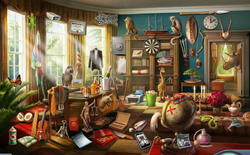 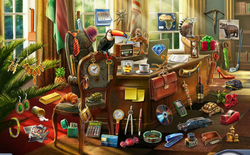 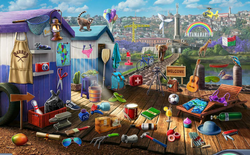 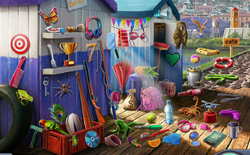 Lake Shacks
Add a photo to this gallery

Retrieved from "https://criminalcasegame.fandom.com/wiki/Crash_and_Burn?oldid=409046"
Community content is available under CC-BY-SA unless otherwise noted.