After Elliot hacked COSMORUS' security systems, the Bureau headed to a launch site in Kazakhstan to prevent SOMBRA's satellite from being launched. After convincing head of COSMORUS Natasha Romanova to let them in, Jack and the player investigated the launch control room to find the body of Senator of the Security and Defense Committee Vitaly Borodin with his throat slashed.

During the investigation, Natasha placed the launch site on lockdown, restricting the Bureau's investigation and forcing Jack and the player to go undercover as cosmonauts. Later on, one of scientist Nikolai Sharapov's experiments caused an explosion and the lockdown was lifted, which allowed the team to gather enough evidence to arrest cosmonaut Yelena Tereshkova for the murder.

Yelena insisted that she was not the killer but soon admitted to the crime. Yelena killed Vitaly after Natasha told her that the Senator was responsible for denying her applications to go to space. Wanting to fulfill her biggest wish, Yelena slashed Vitaly's throat with a modified laser torch in anger. As the team interrogated her about the satellite, about which she knew nothing, a loud noise was heard from the control room, where they headed to discover that Natasha had already launched the satellite. Natasha then ran away from the team following the confrontation.

After the confrontation, Chief Ripley interrogated Yelena about SOMBRA. Although she did not know about them, she claimed to have listened to Nikolai talking about them in his tablet. In the training pool, Jonah and the player found Nikolai's tablet, which (per Elliot) contained part of a code that would override the satellite. Pressed by Jonah, Nikolai agreed to provide the missing part and help Elliot override the satellite.

Meanwhile, Marina and the player investigated the control room and found Natasha's phone with a message implying (per Dupont) that she was hiding in the Bayterek tower. There, the team found Jack and MGB agent Anya Ivanova, who said that she had spotted Natasha stirring the trash in panic before hiding in the tower. In the vicinity, Marina and the player found a note in which SOMBRA considered Natasha a loose end. The team finally found Natasha, who revealed that SOMBRA had promised her power in exchange of launching the satellite. Marina told her mother about SOMBRA's note before arresting her. In the court, Judge Adaku then sentenced Natasha to 75 years in a maximum security facility for launching the satellite and ordering the hit on Vitaly. Afterwards, Yelena was sentenced to 50 years in jail for the murder.

Elliot then managed to override the satellite, giving the Bureau control over it. Shortly after, Ingrid reported that the satellite detected a major earthquake in New Delhi, prompting the team to head to India to provide aid. 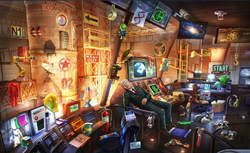 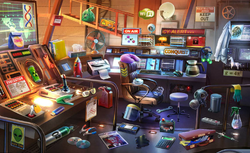 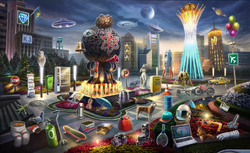 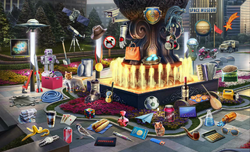 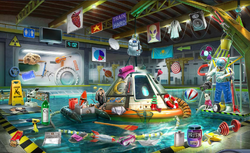 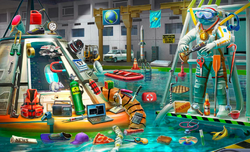