Corpse in a Garden is a case featured in Criminal Case, appearing as the second case of the game as well as in the city of Grimsborough. It takes place in the Industrial Area, a district based in Grimsborough.

The victim, Ned Dillard, was found dead in an abandoned house with his hand brutally cut off. His hand was abandoned by the killer in the junkyard garden outside his house.

The killer turned out to be the victim's bodyguard, Dennis Brown. At the time of his arrest, Dennis stated that he had nothing against Ned; however, the police had already proven the fact that he had tried to chop down the victim, and when it failed, he had attempted to burn the house down. He had fled when Dave Simmons arrived.

In court, Judge Hall did not need any reason as to why Dennis committed the crime because the evidence collected by the police were enough to prove him guilty of the murder – grounds for a lifetime jail sentence for the bodyguard.

Later, the team found out that Tony Marconi wanted to buy something from Ned, to which Ned had refused. Although there was no proof that Tony ordered the hit on Ned, the police later discovered that Dennis had received a huge amount of cash on an offshore account, and thus needed to talk to Dave for some answers regarding this sordid affair. But Dave refused to say anything about this.

Dennis Brown
Add a photo to this gallery 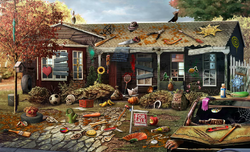 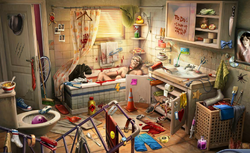 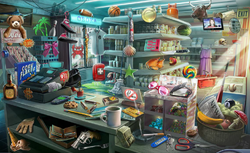 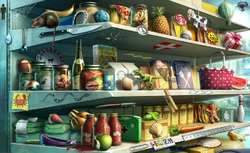 Market Shelves
Add a photo to this gallery

Retrieved from "https://criminalcasegame.fandom.com/wiki/Corpse_in_a_Garden?oldid=534709"
Community content is available under CC-BY-SA unless otherwise noted.