Cora Bateman was the victim in In Vino Veritas (Case #47 of The Conspiracy).

Cora was a socialite and the mother of ex-convict Christian Bateman. She had short, graying red hair and green eyes. At the time of her death, she wore a red dress with a floral pattern and a brown belt. Additionally, she sported pearl earrings and two pearl necklaces.

Cora was found by Jones and the player, drowned in a barrel of wine at her family's villa. Per Martine's examination, Cora's head was first knocked over with a blunt object, making her pass out. Her killer then propped her over the wine barrel and kept her head submerged in the wine until she stopped breathing. Martine also told the team that in order to keep Cora's head held down, her killer must require a good level of core strength, meaning that the killer worked out.

The day of the murder, Cora was holding a party to celebrate her son's release from prison. However, Christian felt like she treated him as something to show off as she never once visited him in prison, enraging him. Cora came to know actress Savannah Blake in her fundraising event for the Grimsborough earthquake victims; ever since then, Cora had been trying to set up Savannah and Christian, much to her disgust. Eoin Cafferey accidentally insulted Cora after gifting her a "pensioner-friendly smartphone". Cora had been best friends with socialite Jacinta Linares for 40 years, although they were extremely competitive with each other, occasionally breaking into fights over it. Cora also infuriated her sommelier, Cedric Duchateau, as they kept having arguments over wine.

The killer turned out to be Jacinta.

Admitting to the murder, Jacinta said that her family had gone broke after a series of bad investments. She then borrowed Cora for money, which she gladly gave. However, jealous that the Linares mansion was featured on the cover of House & Castle, Cora demanded the money back from Jacinta. Not having money to repay the debt yet and realizing that their friendship was contingent on Cora's feeling of superiority over her, Jacinta knocked her out with an ashtray during an argument and shoved her face into a wine barrel. Judge Powell then sentenced her to 37 years in prison. 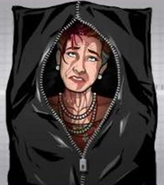 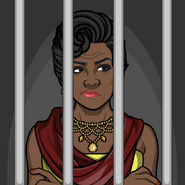 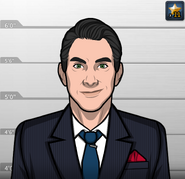 Retrieved from "https://criminalcasegame.fandom.com/wiki/Cora_Bateman?oldid=538279"
Community content is available under CC-BY-SA unless otherwise noted.