David Jones (All Chapters)
Gloria Hayes (The Moment of Truth 4)

Color Me Murdered is a case featured in Criminal Case as the twenty-second case of The Conspiracy (Season 5) and the two-hundred fifty-third case overall. It takes place in the Old Town district of Grimsborough.

Amir informed Jones and the player of a body found on Church Street. The cops then went there to collect the body of comic artist Marcus Butler, who was slashed in the stomach.

Mid-investigation, a cosplayer of Miracle Girl came to visit the station. Later, Judge Powell asked the player for confirmation of her daughter Olive's involvement in the investigation before she proceeded to scold her. The team then found enough evidence to arrest the victim's friend, Haruki Kato, for the murder.

Upon admitting to the murder, Haruki also admitted to being a member of The Higher Truth. He said that he needed more money to donate in order to reach the next level of the cult, so he asked Marcus for money, as he had gotten rich after selling the movie rights to Miracle Girl. After Marcus refused to give the money, Haruki resolved to killing him, sharpening a special white bear claw and slashing Marcus to death. Judge Powell sentenced Haruki to 19 years in prison.

Post-trial, Rita told the team that Gabriel had possibly left something for the team in Church Street. Jones and the player then went to the street and found a coded message from Gabriel. Per Cathy's analysis of the message, the cult was a series of concentric circles, where being more devout (or richer) would get one closer to the innermost circle. Gabriel had managed to get to the third level and had learned that there was to be a "big event", but he needed more time to know more details. Jones and the player then talked to Haruki for the details of the event, but he said that only Steven Crowe knew of what would happen.

Meanwhile, Gloria told the player that Carter had gone missing along with Olive, who was babysitting him as per Gloria's suggestion to her mother. They eventually found them in Marcus's studio, where Gloria scolded Carter and Olive for going to unsafe places unsupervised. After all the events, the team resolved they had no choice but to wait for Gabriel to learn of the "big event".

Tamu Wanjiku
Add a photo to this gallery

Carter Hayes
Add a photo to this gallery 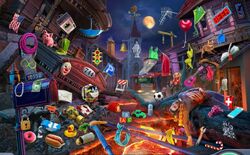 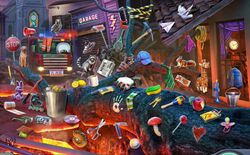 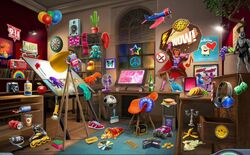 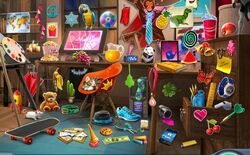 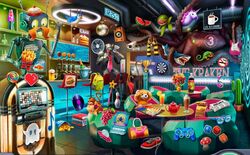 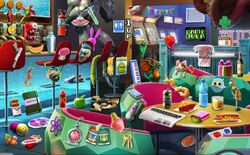 Pub Tables
Add a photo to this gallery

Start a Discussion Discussions about Color Me Murdered