Clarissa Silverman, appearing as a minor character in Criminal Case, was mentioned during the events of Death at a Funeral (Case #26 of Supernatural Investigations).

Clarissa was the wife of Bernie Silverman and the mother of Vicki Silverman. She has blonde hair and brown eyes and wears a yellow shirt underneath a gray blazer, as well as large pearl earrings.

During the investigation into Bernie's murder, it was revealed that she was cheating on her husband with Larry Zarus. When Larry had died, she went on a wellness retreat to Hawaii in order to hide her extreme grief from Bernie. However, with Larry coming back to life and Bernie dying during Larry's funeral, Larry was ecstatic that he no longer had to hide his relationship with Clarissa. 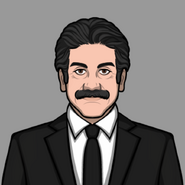 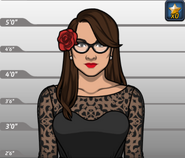 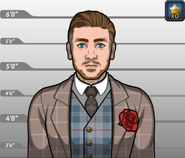 Larry Zarus, Clarissa's boyfriend.
Add a photo to this gallery

Retrieved from "https://criminalcasegame.fandom.com/wiki/Clarissa_Silverman?oldid=533146"
Community content is available under CC-BY-SA unless otherwise noted.