Clarissa was the head of the Bank of Concordia. She had also written the financial advice book, Make a Killing in Shillings. She had short wavy blonde hair and blue eyes. She donned a purple dress with a beige stripe design underneath a black coat. She also wore a pearl necklace with matching earrings and red lipstick.

Clarissa was found lying on top of a couch in her salon, with her face green and foam coming out of her mouth and eyes. Per Dick, Clarissa died of poisoning after someone laced her champagne with the extract of a poisonous plant called Weeping Nellie, filing the plant as the murder weapon. Since Viola confirmed that extracting poison from a plant is a delicate task, the coroner deduced that the killer had knowledge of botany.

Clarissa was planning to dismiss her maid, Francine, which she claimed to be due to her impossibly high standards. While Clarissa's father, Horatio, was proud of her achievements as bank manager, he disapproved of her plans of adoption as he did not want to leave the family fortune to a "street urchin". Clarissa's cousin, Larry, tried to convince her to live a leisurely life and stop working, but she did not approve of such a lifestyle, even threatening to expose Larry's debauchery if he did not get a job. Clarissa took her friend, Samuel Waldorf-Ridgewood, around her bank vault. Fascinated by the vault, Samuel broke in multiple times, and Clarissa threatened him with a lawsuit upon finding out. Clarissa entrusted Deputy Mayor Sandra Hwang to endorse Make a Killing in Shillings to the councilors to be added to the university curriculum, which she failed to do.

The killer turned out to be Francine.

Initially denying involvement, Francine admitted to the crime. She said that she and Clarissa were having a secret romance when the victim dumped her to avoid scandal in her effort to adopt an orphan. Unable to let her go, she mixed her champagne with a poisonous plant during the luncheon in order to pin the murder on a guest. Judge Lawson sentenced her to 20 years in jail. 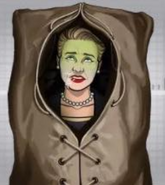 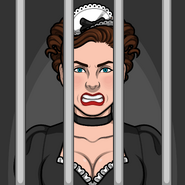 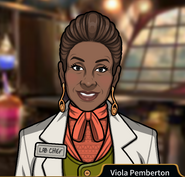 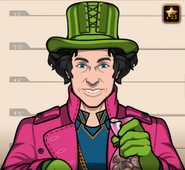 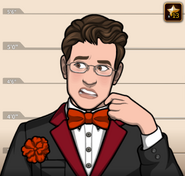 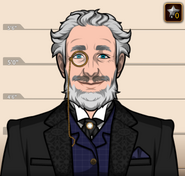 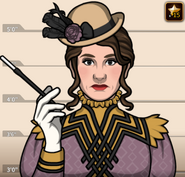 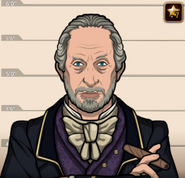 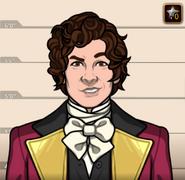 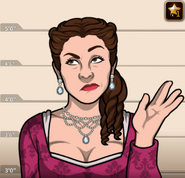 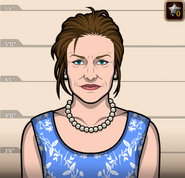 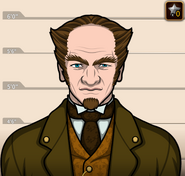 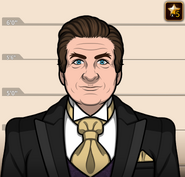