Civil Blood is a case featured in Criminal Case as the thirty-second case of Mysteries of the Past (Season 4) and the two-hundred third case overall. It takes place in the Crimson Banks district of Concordia.

After Chief Wright informed them of Mario Fortuna's death, Isaac and the player went to the market square to retrieve Mario's strangled body.

Mid-investigation, Rose found a secret armory hidden in the sewers underneath the Italian side. Later, the team stopped market vendors from entering the crime scene. The team then found enough evidence to arrest Irish businessman Kieran Quinlan for the murder.

After admitting to the murder, Kieran said he was sick of Mario having a high reputation despite him working just as much for the community. Because of his grudge, he strangled Mario with the flag garland and wheeled him to the market for display. Judge Lawson sentenced him to 25 years in prison.

After the trial, Seamus O'Neill escaped from prison. Isaac and the player searched the weapon stash in the sewers for leads and found a weapon inventory belonging to the Irish. According to Diego and Evie, the message on the inventory was written by Seamus and said that "the time to strike" was near. They talked to Bridget Baker, who overheard that Seamus was going to the marketplace, where the team found an Irish lighter with fingerprints belonging to Adrienna Brassiere. Upon interrogation, Adrienna admitted that the gang broke Seamus out because they had made him the new leader of the Irish gang.

Meanwhile, Charlie's research opened up the possibility of Viola's father not being her biological father. After the team reconvened, Evie informed them that Commissioner Talmadge Baldwin was found murdered on the docks. 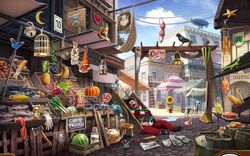 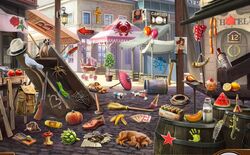 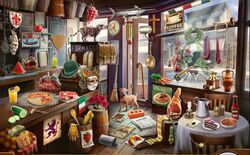 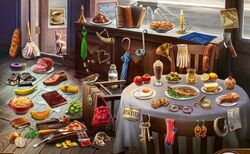 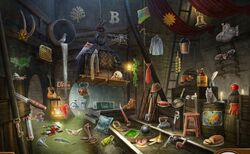 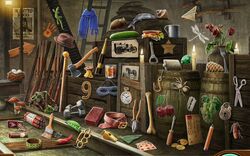 Sewer Crates
Add a photo to this gallery