Punctured brain
(arrow wound to the back of the head)

Criminal Case (mentioned)
Christophe Schnee, appearing as a minor character in Criminal Case, was mentioned during the events of Auf Wieder-Slain (Case #3 of World Edition).

Not much was known about Christophe at the time of his death fifteen years before the events of the case. According to the news article the player had uncovered, Christophe had short hair, and he was wearing a white t-shirt under a hunting vest. He was also seen carrying a crossbow.

He is survived by his brother, Johan Schnee.

Christophe was first mentioned when Dupont analyzed the newspaper article the player had brought him. He explained that Christophe, Johan, and Hans Vogel were on a hunting expedition in the Black Forest, and Christophe disappeared and was never seen again.

Carmen interrogated Johan about his brother's disappearance since Hans, the case's victim, was present. Johan explained that the three of them would steal their parents' beer and go hunting as that was their hobby. Johan had gone back to grab a radio to listen to German folk music, but when he returned, Christophe had disappeared. Johan placed the blame on Hans, and the two friends went their separate ways.

Later, when Johan was arrested for murder, Johan explained that the secret Hans was supposedly going to reveal was that he killed his own brother. Johan thought he had heard a noise and, thinking it was a boar, released an arrow, killing Christophe instead.

Carmen and the player then chose to find Christophe's body. Johan explained that he and Hans had buried his brother in an old well in the Black Forest, prompting the team to look there. They had found his skull, which was then sent to Angela. Angela revealed that the skull was, indeed, Christophe's. However, she revealed that Johan did not kill his brother; the coroner explained that the impact wound and the arrow's angle had shown that Christophe was shot by a left-handed archer. Johan was right-handed. However, Hans was left-handed, revealing the actor to be the true killer. 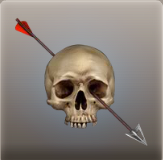 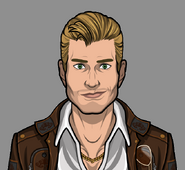 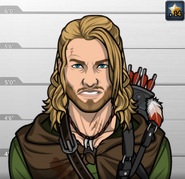 Johan Schnee, Christophe's brother.
Add a photo to this gallery

Retrieved from "https://criminalcasegame.fandom.com/wiki/Christophe_Schnee?oldid=451539"
Community content is available under CC-BY-SA unless otherwise noted.