Stab wound to the abdomen

Christie had long blonde hair, green eyes, and a beauty spot beneath her bottom lip. At the time of her death, she wore a dress with the American flag on it and roller skates. She was also seen holding a purple lollipop.

Christie was found stabbed under the bridge at the Pacific Bay airport. According to Roxie's autopsy, the stab wound in her abdomen indicated that her killer was right-handed. Near her body, Amy and the player found the knife her killer used to stab her.

The killer turned out to be a football player named Tyler Griffin, whose motive for killing Christie was never stated. He was sentenced to life in jail upon arrest (not shown on-screen). 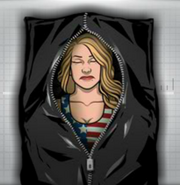 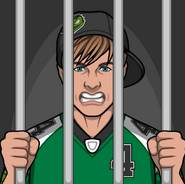 Retrieved from "https://criminalcasegame.fandom.com/wiki/Christie_Becker?oldid=408149"
Community content is available under CC-BY-SA unless otherwise noted.