Chelsea Bloom was a suspect in the murder investigations of high school senior Vicky Lopez in Too Cruel for School (Case #5 of The Conspiracy) and her brother, Bloom heir Mason Bloom, in Behind These Walls (Case #27 of The Conspiracy).

Chelsea is an 18-year-old high school senior. She has long red hair parted to her left side and sports dark red lipstick. She wears a red blouse with a black plait collar and dons a red Fairview High School badge on her right lapel. She also wears a black plait skirt as well as black stockings and white shoes. Additionally, she wears long gold earrings.

In her first appearance, it is known that Chelsea chews gum, supports the Grim Badgers, drinks ginger beer and wears Moulin Rose perfume.

In her second appearance, she ditches her badge. It is discovered that she drinks cider, shoots clay pigeons and knows Latin.

Chelsea became a suspect after Gloria and the player found a photo of her and the victim on the cheerleading team. When informed of the murder, she was initially in denial, but after being reassured that the victim was dead, she burst into tears and couldn't comprehend the fact that Vicky was dead. Chelsea later caught the team's attention after she threatened to set fire to her hair at the drive-in theater.

Chelsea was spoken to again about a necklace she had given to the victim. She revealed that she was in love with Vicky and saw them as the first same-sex power couple of cheerleading in the history of the Grim Badgers. However, she revealed that Vicky had turned her down, and her rejection had hurt.

Chelsea was found to be innocent after the team incarcerated Coach Kirk for Vicky's murder.

Chelsea became a suspect again after she discovered her brother's body and reported it to the police. Chelsea had went to Mason's bedroom to ask him to borrow his headphones, only to walk into the hall and find him dead with the halberd in his chest. At first Chelsea thought he was pranking her but she quickly realized he was really dead.

Shortly after, Chelsea was caught trying to flee with her grandmother, Violet. She explained how an evil was taking over the family and that she wanted to help herself and Violet escape before they were killed too. Gloria assured her that Mason's killer would be caught before telling her to return to the castle.

Later, Chelsea was interrogated again after the team discovered she had made a voodoo doll of Mason after Amir found her hair on it. She explained that she made it to de-stress a bit as Mason had hogged all of their parents' attention and made everyone in the castle care about him and, not her.

Despite Chelsea's jealousy, she was found to be innocent again after the team incarcerated Violet for the murder. Later, Chelsea asked for assistance to find Anita after her father had lost his mind and kicked her out with no pay as she would not leave her and Chelsea's future family member alone. The player went with Chelsea to find Mason's planner. And with Gabriel's assistance, they was able to find the phone number needed to call Anita to the station.

After they retrieved Mason's baby rattle for Anita, Chelsea told Anita that she would help Anita in any way she could so her brother's girlfriend and their child would not have to suffer before Chelsea thanked the player. 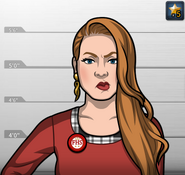 Chelsea, as she appeared in Too Cruel for School (Case #5 of The Conspiracy). 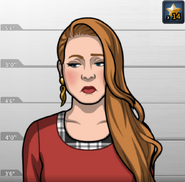 Chelsea, as she appeared in Behind These Walls (Case #27 of The Conspiracy). 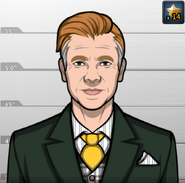 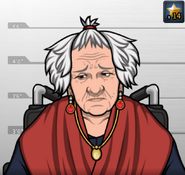 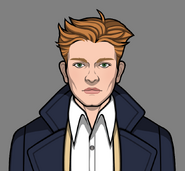 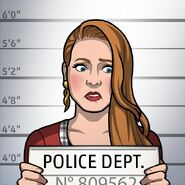 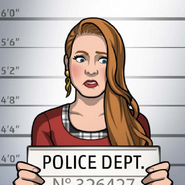 Retrieved from "https://criminalcasegame.fandom.com/wiki/Chelsea_Bloom?oldid=531672"
Community content is available under CC-BY-SA unless otherwise noted.