Michelle Zuria (All Chapters)
Carmen Martinez (Birth of Evil 5)
Cheaters Never Win is a case featured in Criminal Case as the one-hundred and sixty-second case of the game. It is the forty-seventh case of the game's World Edition (Season 3) and also the fifth case to take place in South America.

After learning that Luzaguay, the SOMBRA-controlled nation, was going to be part of the Olympics, the Bureau headed to Brazil to protect the games from the organization's plans. Chief Ripley told Michelle and the player to patrol the beach of Copacabana, where they found the body of athlete and SOMBRA recruit Oscar Rojas with a syringe of ayahuasca and brugmansia in his neck.

During the investigation, Jack discovered Oscar's outburst at a favela bar before his murder. Later on, the team had to prevent runner Edson Caetano from getting Luzaguay expelled from the Olympics for doping. Eventually, Edson was arrested for the murder.

After denying involvement, Edson admitted to the crime. When he had discovered that Oscar was doping himself, Edson did not want him to win the gold. At the favela bar, Edson had been approached by mysterious men who had given him ayahuasca to inject Oscar with and reduce the latter's performance, allowing him to win the gold. Edson had obeyed, without knowing that the syringe's contents were deadly. Judge Adaku sentenced him to 5 years in jail.

After the trial, Carmen accompanied Michelle and the player to interrogate Edson and find out about who had given him the drugs. Edson did not remember anything about those men, so the team looked for clues at the favela bar, where they found some of Edson's drugs. Lars and Elliot discovered priestess Mãe Janaína de Iemanjá's fingerprints on the drugs.

Michelle and the player interrogated Janaína, who claimed to have seen the same men who gave the drugs to Edson approach to other athletes at the stadium. In the stadium, the team found a keychain which (per Elliot) belonged to O.M. MediLab, the SOMBRA front the team had found in South Asia. The team concluded that SOMBRA had sent the mysterious men via O.M. MediLab to manipulate Edson into killing Oscar.

The team also found an old document, which belonged to Goodwill Ambassador Hector Montoya. Montoya told Carmen and the player that the document referred to an intellectual organization who had wanted to cause a revolution from their hometown of Campanilla in Colombia. The team deduced the organization was SOMBRA, and that it had originated in Colombia. After Jack and Michelle recovered from the effects of the ayahuasca they accidentally took, the Bureau then headed to Colombia to discover what was SOMBRA up to, and to try to stop them once and for all. 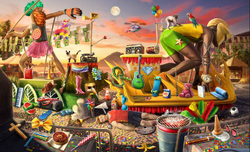 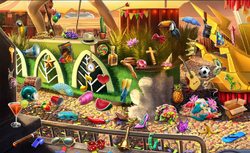 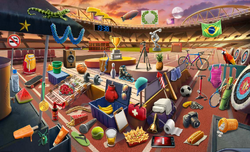 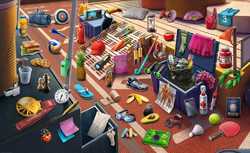 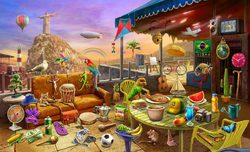 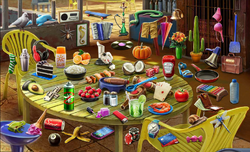