Carlos Antonio was the victim in Death on Wheels (Case #2 of Pacific Bay).

Carlos was a street racer who sported many tattoos around his body, often wore a white tank-top, wore two gold ear piercings, and a gold chain on his neck. Carlos was bald and also sported a stubble with gaps in between his mouth area. Carlos also had brown eyes.

Carlos was found by the team tied up to the murdering race car with the top-most part of his skull pryed open due to violent contact with the concrete, meaning Carlos was tortured to death with the car. Roxie deduced the cause of death was the aforementioned, although she said it in her own words before Frank. Roxie also determined that Carlos did not go down without a fight, meaning he fought his killer before yielding, which meant that the killer had bruises.

Carlos was in a relationship with stripper Memphis Banach, whom he met when she was still new in the business. Carlos was beating on her, leading Memphis to file a complaint form before she tore it up believing that she was just angry at the moment. Carlos was friends with tattooist Shawn Bailey, who often cooled him down when he became particularly violent. Before his death, Carlos attended a party hosted by Derek Stone, who had always organized Carlos's street races. Vigilante Naomi Suzuki was pursuing Carlos due to his illegal street races and because he was responsible for the car crash that killed her parents years prior.

The killer turned out to be Shawn.

During his arrest, Shawn admitted he was in love with Memphis. When Shawn realized Carlos was abusing her, he tried getting Memphis out of the relationship and talking Carlos into stopping his mistreatment before resorting to strapping Carlos onto a car he had hijacked and killing him with it. Judge Dante sentenced Shawn to 20 years in jail. 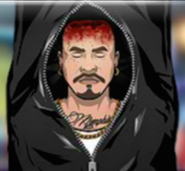 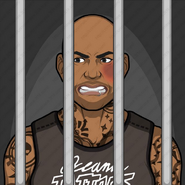 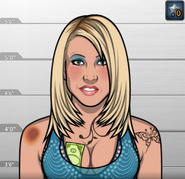 Carlos getting a tattoo of Memphis's name. 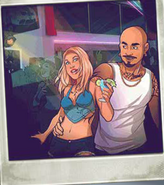 A picture of Carlos and Memphis partying.
Add a photo to this gallery

Retrieved from "https://criminalcasegame.fandom.com/wiki/Carlos_Antonio?oldid=536902"
Community content is available under CC-BY-SA unless otherwise noted.