David Jones (All Chapters)
Alex Turner (Is This Just Fantasy? 2)
Byte the Dust is a case featured in Criminal Case as the fourteenth case of The Conspiracy (Season 5) and the two-hundred forty-fifth case overall. It takes place in The Greens district of Grimsborough.

Upon receiving reports of a murder there, Jones and the player rushed to Bronson Lane and found former Vipers leader Ash Bison disemboweled in front of the Skulls Microbrewery.

Mid-investigation, Gloria's son Carter mentioned to the team that Ash was the main character in the hit arcade game Double Vipers. Afterward, Ash's girlfriend Joy Schneider started shouting at former Skulls leader Troy Cassidy in the street, accusing him of the murder. They later arrested Joy for the murder.

Upon admitting to the crime, Joy said that Ash was cheating on her with a young woman that he was regularly meeting with in the arcade. When she confirmed that Ash was seeing Kaitlyn Flynn, the detectives informed her that Kaitlyn was in fact his long-estranged daughter and not his mistress. She then began to feel remorse, saying that Ash had never told her about Kaitlyn. Judge Powell sentenced her to 20 years in prison.

After the trial, Jones and the player went back to Bronson Lane after local cop Tim Cooper told them that he had dropped his notes about the Skulls and the Vipers there. They found his notebook, which (per Gabriel) proved that Troy and Tony Marconi met at 4:30 PM every Tuesday. They gave back the notebook to Tim, who said that Marconi would regularly go in Troy's microbrewery and slip him a coaster. The two went to the microbrewery to investigate further and found a coaster with the names of former Skulls members written on it. Troy said that the names were his recommendations for Marconi's security company, reiterating that the gang war was over.

Meanwhile, Alex and the player talked to Vipers member turned video game developer, Big Baby, to offer help in developing a mobile port of Double Vipers to further increase profits. Back at the station, Jones said that they would look into the Blue Flamingo nightclub to find hard evidence of Marconi's wrongdoings.

Kaitlyn Flynn
Add a photo to this gallery 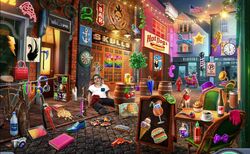 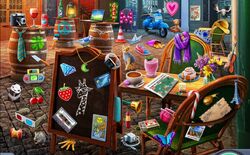 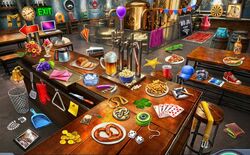 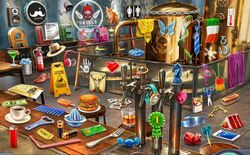 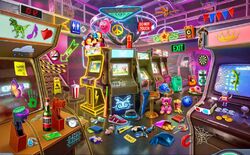 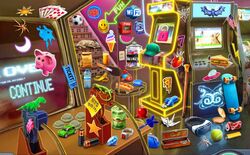 Game Station
Add a photo to this gallery

Retrieved from "https://criminalcasegame.fandom.com/wiki/Byte_the_Dust?oldid=544657"
Community content is available under CC-BY-SA unless otherwise noted.