Buzz Kill is a case featured in Criminal Case as the sixteenth case of The Conspiracy (Season 5) and the two-hundred forty-seventh case overall. It takes place in The Greens district of Grimsborough.

Archibald Ashworth reported a murder on a rooftop beehive, so Gloria and the player rushed there immediately to collect the body of skincare entrepreneur Beckett Blanton, who was stung to death by bees.

Mid-investigation, Martine directed the team to Beckett's workshop, where he regularly held DIY skincare sessions. Later, one of Beckett's customers, Daisy Woods, broke in and started trashing his workshop. The team then found enough evidence to arrest Beckett's business partner, Prisha Chandra, for the crime.

Admitting to the murder, Prisha said that she had lured Beckett to the rooftop to talk to him. She said that they had been sleeping together, but Beckett wanted to actually be in a relationship, to the point that he had replaced Prisha's contraceptive with a placebo to try to get her pregnant and force her to start a relationship with him. While they were talking on the rooftop, however, they started arguing and Prisha hit Beckett too hard with a brush. Beckett then stumbled and fell into a beehive, whereupon he suffered thousands of bee stings. Judge Powell sentenced Prisha to 5 years in prison, with eligibility for parole in 2.

After the trial, Amir told the team about the news of an ancient underground city in Grimsborough being exposed by the earthquake and subsequently excavated. Quickly turning their attention onto other matters, Amir and the player went to the coworking space where various DreamLife VR players were hanging out to find out what made Rupert so addicted to the game. There, they found Annie Schmidt with a VR headset, who (per Martine) was weak and malnourished as she had not eaten in many days. Annie said that she wanted to keep playing the game because she was living her dream life, allowing her to forget her day-to-day real-life obligations, like eating and taking her medication. The team then returned her medication to her, telling her to give the VR game a break. However, she refused to stop playing.

Meanwhile, Martine helped Rita break up with her boyfriend, Marcus Cannon, by lying to him that she was going to the army. After all the events, the team, now aware of the negative effects of their VR game, promised to keep an eye on DreamLife.

Prisha Chandra
Add a photo to this gallery

Marcus Cannon
Add a photo to this gallery 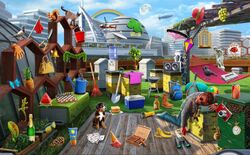 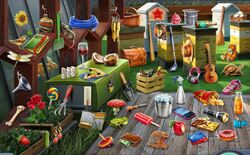 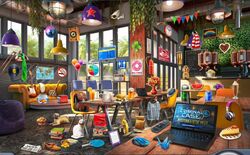 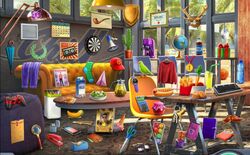 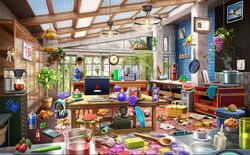 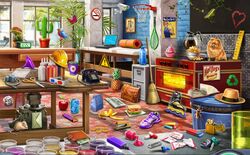 Workshop Kitchen
Add a photo to this gallery