Burying the Hatchet is a case featured in Criminal Case, appearing as the fifty-third case of the game as well as the city of Grimsborough. It takes place at the Airport, a district based in Grimsborough.

Eduardo Ramirez alerted through a phone call to David Jones and the player about social worker Sandy Grimmes being slain. Jones and the player hurried to the Aloki trailer park only to find Sandy tied to a post and mutilated, dying of excessive blood loss as a result of her hands being chopped off.

Anakee offered the team to investigate a crime scene from the past (namely the Aloki Village as it was in 1643) through the power of a peace pipe ritual and politely gave any artifacts from the past which sparked the team's interest. During the team's ritualistic investigation of the Aloki Village, Keme Peota made a plea: since Solomon Grimmes was liable for the loss of his foretold love Inaya, he swore that any of his descendants would fatally take the hand of one of Solomon's descendants away to exact justice. Keme's plea bothered the team and alas proved to be linked to Sandy's murder. After intensive investigation, trailer park resident Shanaya Peota turned out to be the killer.

Sandy was a social worker, and she had to make changes in the Aloki Settlement. But Shanaya hated her, because after Shanaya and her husband, Delsin Peota, got divorced, Sandy had an affair with him, and Sandy also sent Shanaya's kids to foster care.

Shanaya did not want to submit to Grimsborough's law, and told the team that what she did was right during her moment of arrest. She knew what she had to do, so when Sandy arrived for an appointment with the juvenile offender Keanu Ashokan, she jumped at Sandy and then tied her to the pole which could be found in the Aloki Settlement. Shanaya then hacked off Sandy's hands with an Indian hatchet she stole from Grim Gas, Ron Riggs's gas station.

At court, Shanaya was proud of committing the murder because of Sandy's crimes. Shanaya said that she was a happy Aloki wife until Sandy started working in the Aloki Settlement. When Sandy arrived, she made Shanaya the laughing stock of the Aloki community. Shanaya continued by stating that Sandy's affair with Delsin was not the first time that this happened to the Aloki (as aforementioned with Anakee's cooperation) since Solomon stole Inaya from Keme back in 1643. Although Shanaya avenged Keme by killing Sandy, the Judge countered that past wrongs could not be made right with new crimes.

Shanaya was sentenced to life imprisonment for the pitiless murder of Sandy Grimmes. Jones said that the team should thank Anakee for her willingness to help them and to guide them to the truth. He then concluded that the communities would accomplish a great job if they worked together. 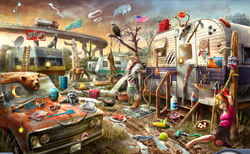 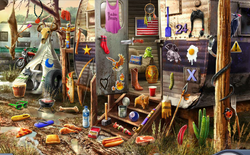 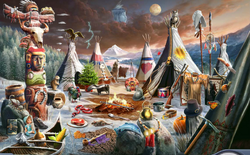 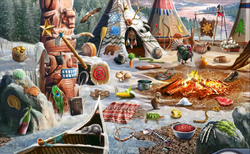 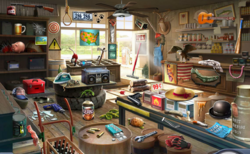 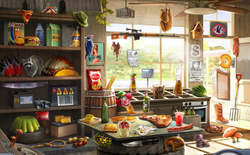 Shop Shelves
Add a photo to this gallery

Retrieved from "https://criminalcasegame.fandom.com/wiki/Burying_the_Hatchet?oldid=496672"
Community content is available under CC-BY-SA unless otherwise noted.