Criminal Case Wiki
Register
Don't have an account?
Sign In
Advertisement
in: Cases, Cases in Mysteries of the Past, Crimson Banks

Maddie O'Malley (All Chapters)
Justin Lawson (A Plague on Both Your Houses 5)
Burning Bridges is a case featured in Criminal Case as the thirty-fifth case of Mysteries of the Past (Season 4) and the two-hundred sixth case overall. It takes place in the Crimson Banks district of Concordia.

Upon Constable Ramirez's report, Maddie and the player went to Crimson Bridge, which was set ablaze due to the gang war. There, they collected the decapitated body of plumber Bridget Baker.

After a while, Ramirez found Bridget's head in a children's playground. Later, Antonio "The Scorpion" Dante tried to set the playground on fire before Rose came to stop him. The team soon found enough evidence to arrest newspaper boy Timmy Tanner for the murder.

Timmy admitted to the murder, but said it was an accident. While hiding on the burning bridge, someone had grabbed him from behind. Not recognizing who the person was, Timmy attacked them with his machete, only to realize that it was Bridget afterward. Panicking, he took her head to the playground. Judge Lawson then sent Timmy to a correctional facility for youths, with mandatory counseling sessions.

Post-trial, Ramirez reported that he had seen a heavily bearded Seamus O'Neill in the playground. There, Maddie and the player found a fake beard with lipstick which (per Viola) belonged to Giulietta Capecchi. They went to talk to Giulietta, who they spotted kissing Seamus, who subsequently escaped before the police could arrest him. Giulietta then said that they still loved each other and that Seamus only took over the gang to sabotage it from the inside. She then reaffirmed that they were both trying their hardest to stop the war as soon as possible.

Meanwhile, Judge Lawson and the player helped Jemima Hatchett in making the hospital a safe space for street urchins in Crimson Banks, arresting Dermot McMurphy for running an illegal gambling ring in the process. After all the events, Giulietta sent a note saying Franca Capecchi was planning to detonate a bomb at the train station. 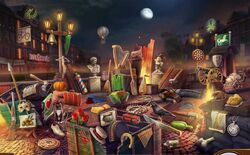 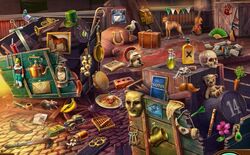 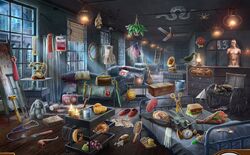 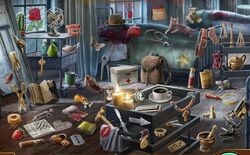 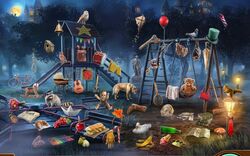 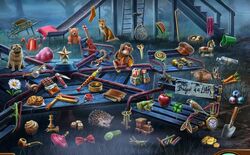