Brooke is the 28-year-old fiancée of the victim. She has long black hair and sports pearl earrings. She wears a sky blue shirt with checkered collars under a tan jacket. She also dons a pearl necklace. It is known that Brooke goes indoor tanning and drinks green smoothies.

Brooke became a suspect after Gloria and the player found hers and the victim's wedding rings. When initially presented with the rings, Brooke freaked out with glee and excitement, but was soon brought back down to earth after being told that her fiancé had been killed. She told them that Brad was her one true love and questioned how she would survive the pain of his death.

Brooke was found to be innocent after the team incarcerated Megan Lucas for Brad's murder.

During the murder investigation, the victim, Savannah Blake, was discovered to have been embezzling funds from her charity. Gloria and the player then found a locket that contained photos of a younger Savannah and a younger Brooke. After they discovered that Brooke was the victim's half-sister and in turn, Savannah's inheritor, they successfully persuaded her to return the money to the charity. 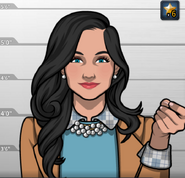 Brooke, as she appeared in Cross My Heart (Case #4 of The Conspiracy). 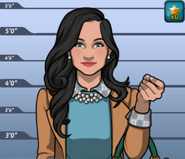 Brooke, as she appeared in Playing Dead (Case #53 of The Conspiracy). 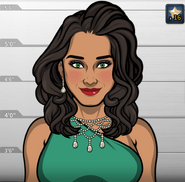 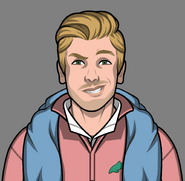 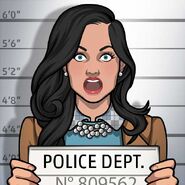 Retrieved from "https://criminalcasegame.fandom.com/wiki/Brooke_Long?oldid=469850"
Community content is available under CC-BY-SA unless otherwise noted.