Bridge over Troubled Water is a case featured in Criminal Case as the thirty-first case of Mysteries of the Past (Season 4) and the two-hundred second case overall. It is the first case to take place in the Crimson Banks district of Concordia.

The Squad followed Franca Capecchi to Crimson Banks, where the Irish and the Italians coexisted. After a dead Irishman was reported there, Maddie and the player went to a slaughterhouse in the Italian side of the river to find the gutted body of taxicab driver Thomas Boyd.

After denying involvement, Margherita admitted to the crime. She called herself a fool for believing in their forbidden romance as Thomas was very afraid to show public affection towards her. However, the final straw was Thomas dumping her after learning that she was part of the Italian gang, leading her to fight Thomas, hoist him up by his feet, and gut him like a pig. In court, she confessed that Butcher Betty had helped her hide the body. Judge Lawson sentenced her to 25 years in jail.

Post-trial, Maddie and the player arrested Betty, who admitted that the Italians had asked her to hide packages in the slaughterhouse, where they found a package with a finger. Per Dick, it belonged to an Irish vendor called Sean Flynn, whose finger was cut by Tony "The Scorpion". Tony slipped that he attacked Sean, who saw him placing a spying device on Thomas's car. Per Charlie, the device recorded a conversation about the Irish gang's new leader and the name of Dermot McMurphy, who denied being the leader.

After Evie stole Rose's gun for protection and then returned it, Lawson sentenced Betty to 5 years in jail. The team then vowed to prevent the gang war from escalating.

Dermot McMurphy
Add a photo to this gallery

Evie Holloway
Add a photo to this gallery 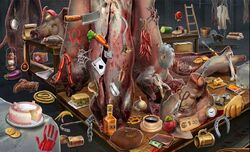 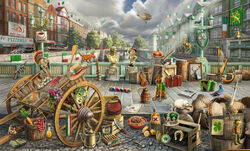 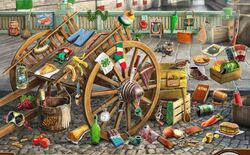 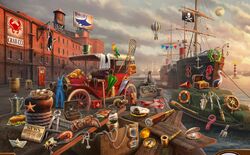 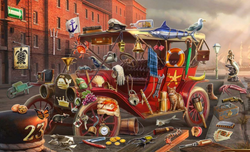 Victim's Car
Add a photo to this gallery

Retrieved from "https://criminalcasegame.fandom.com/wiki/Bridge_over_Troubled_Water?oldid=434635"
Community content is available under CC-BY-SA unless otherwise noted.