Gloria Hayes (All Chapters)
Diane Parker (To the Stars 6)
Rita Estevez (1 task in To the Stars 6)
Breaking News is a case featured in Criminal Case as the fifty-fourth case of The Conspiracy (Season 5) and the two-hundred eighty-fifth case overall. It is the final case to take place in the Airport district of Grimsborough.

After finding out about his murder from Cathy, Gloria and the player rushed to Louis Leroux's cell, where they collected his body, which had been blown to pieces.

Mid-investigation, the team went to the prison yard to stifle the convicts uprising over their safety in the prison. Soon after, Cathy told them that Louis had a heated argument before his death. The team later discovered that he had argued with his lawyer, Trudy Lively. The team then found enough evidence to incriminate ex-DreamLife scientist Shweta Noorani for the murder.

Upon confessing to the murder, Shweta said the real leader of Ad Astra, a "puppeteer" more powerful than the five members, had realized Ad Astra was outliving its usefulness and so was planning to kill each of the members one by one, starting with Louis. The "puppeteer" ordered Shweta to kill Louis, and so she filled the light bulb in Louis' cell with smuggled nitroglycerin and waited for Louis to turn it on and get blown up. Seeing that Shweta had only admitted to the "puppeteer" being a good friend of hers, Judge Powell sentenced her to 30 additional years in prison.

Post-trial, the team realized that Felix Murray's "valued friend" who had asked him to cause the blackout was likely the "puppeteer". Rita then barged in, telling the team that Warden Mallory Banks was asking for urgent assistance in dealing with a prison break. Mallory told Chief Parker and the team that Rozetta Pierre and Julia Brine had escaped with help from Christian Bateman and Joe Warren.

Chief Parker and the player then headed to the prison yard, where they found Louis's cellmate, Willie Redfern, half-frozen and stuffed into a locker. After Martine tended to him, he told the team that he had tried to stop Bateman and the Mayor, only for Bateman to shoot Willie with ice from his own fingertips. The team then speculated that the superhuman serum might have imparted Bateman cryokinesis.

Meanwhile, Gloria and the player talked to junior Ad Astran Polly O'Brien about the prison break, but Polly claimed not to know anything about her seniors' plans, telling them to look in Louis's cell. There, they found a cigarette pack with a message to Louis along with coordinates which Cathy then traced to a cave in the forest.

After Amir devised a heat shield from a riot shield they found in the prison yard, Gloria and the player joined Rita in going to the cave to confront Ad Astra. Julia revealed that they were holding Jake and Carter Hayes hostage with her poison gas, telling the team to go after their hostages instead of Ad Astra. After Warren made their guns and shields float away, Rozetta shot them with her conjured electricity, telling them to leave them alone now that they had a common enemy. Defeated, the team reconvened at the station where they decided to give in to Ad Astra's distraction and find Gloria's family. Cathy then told the team that a CCTV had picked footage of Jake and Carter in Newmark. Without a moment to lose, the team hurried to Newmark to rescue the hostages.

Shweta Noorani
Add a photo to this gallery

Ad Astra Members
Add a photo to this gallery 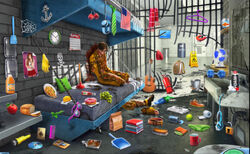 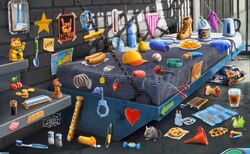 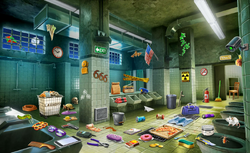 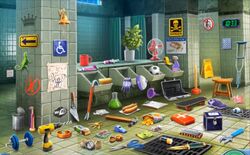 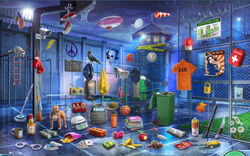 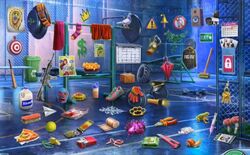 Exercise Area
Add a photo to this gallery

Retrieved from "https://criminalcasegame.fandom.com/wiki/Breaking_News?oldid=541813"
Community content is available under CC-BY-SA unless otherwise noted.