David Jones
Bomb Alert on Grimsborough is a case featured in Criminal Case, appearing as the thirteenth case of the game as well as the city of Grimsborough. It takes place in the Financial Center, a district based in Grimsborough.

Jones and the player went to the park to have their lunch before they suddenly then heard an explosion at the other side of the park. They went there to discover the body of Henry Crosby, who was found dead with his body heavily damaged. Believing the bombing was planned, they started an investigation.

Ramirez then informed the investigators of an anonymous phone call about an imminent bomb attack on Main Street, which prompted them to find a faulty bomb planted by the killer. They then discovered that the victim's son Shaun Crosby, who had been taken into custody due to his violent episodes, had escaped from their watch. The killer turned out to be the victim's old friend and war veteran Donald Byrd.

Upon confronting him, Donald had managed to slip out of the police's sight before carrying out a suicide bombing in Cooper Park. Although he never made a confession, Donald may have killed Henry for testifying against him after he was charged with war crimes and then admitted to an institute for the criminally insane, per reporter Rachel Priest's findings.

After the suicide bombing, the detectives helped Rachel look into Donald's mental incarceration, eventually finding out that Donald was treated to some unorthodox treatments when he was in the psychological hospital, which could've explained his suicide. They also helped Shaun find his father's silver star medal for the burial, as well help hot stand owner Alfred Ziegler track down ingredients for a hot dog in memory of the victim, before Alfred gave the detectives a hamburger on the house.

Donald Byrd
Add a photo to this gallery 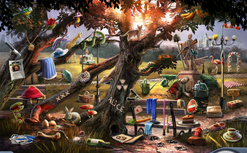 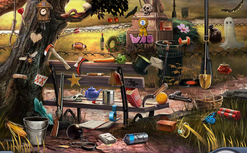 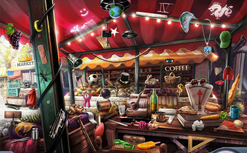 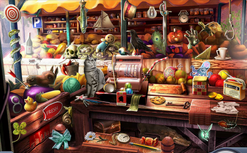 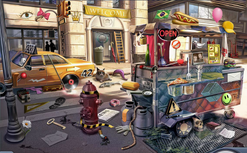 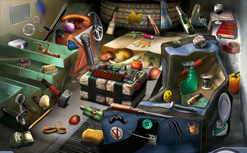 Car Trunk
Add a photo to this gallery

Retrieved from "https://criminalcasegame.fandom.com/wiki/Bomb_Alert_on_Grimsborough?oldid=548193"
Community content is available under CC-BY-SA unless otherwise noted.