Bobby Prince (1991–2015) was a suspect in the murder investigation of his ex-girlfriend, ski jumper Anjulie Cruz, in Leap of Death (Case #25 of Pacific Bay) and the killer of Captain Harry Hugo in The Hunger Planes (Case #28 of Pacific Bay). Later, in The Final Countdown (Case #59 of Pacific Bay), he escaped prison and murdered detective Frank Knight before being shot to death during his arrest.

In his first case appearance, Bobby wore a black winter tracksuit with red outlines as well as a blue scarf with hints of stains. He was seen wearing a large travel pack, also with stains on it. Besides that, he had an "I ♥ NATURE" badge, and a trekking pole. It was known that Bobby had a snowmobile and ate fondue.

In his second case appearance, Bobby ditched his travel pack and replaced his blue scarf with a brown fur one. Besides that, he was shown to have sustained frostbite as a result of his survival of a plane crash and an avalanche. It was discovered that he used herbal toothpaste, could sew and took travel sickness pills.

In his third case appearance, Bobby lacked the scarf and wore a rain coat with a grease stain on it. He also donned an anti-pollution mask around his neck. It was revealed that he ate canned meat and took energy pills.

Bobby and Amy were high school sweethearts before Amy pursued a career as a police officer in the Pacific Bay Police Department.

Bobby had to cooperate with the Pacific Bay authorities when the player found Anjulie's phone showing Bobby's number three times on the call log upon the player deciphering the lock code. Bobby and Amy recognized each other, although the player told Amy to keep her personal feelings aside due to Bobby being the last one to call Anjulie hours before her death. All Bobby did was wish Anjulie luck in the Frosty Cup, apart from the fact that Bobby wanted to experience nature in the snowy mountains. Bobby advised Amy to check the hotel lobby near the Frosty Cup as he knew that was the final place he saw Anjulie.

Amy was disgusted when she found out through a "Girly Gossips" magazine that Bobby was dating Anjulie for two years amidst a break-up, not to mention Bobby and Anjulie's argument at the Hot Springs of White Peaks. Amy made it clear that it was a felony to give false information to the police and demanded Bobby to tell the truth to the player. Bobby admitted to dating Anjulie for two years before he was dumped by the professional winter athlete. Anjulie's celebrity image consumed her as Bobby tried everything to bring Anjulie to her senses, yet Anjulie saw her celebrity profile more important than Bobby.

Amy admitted to the player that she was not willing to arrest Bobby, and her former sweetheart was indeed innocent after an act of sexism was exposed as the driving force behind the murder.

Following the close of Anjulie's murder investigation, Duncan Young (Amy's brother) and Bobby wrote a "Welcome Back" card for Amy, after which she took some time to physically introduce the player to Duncan for the first time.

Bobby was one of the survivors of a plane crash (he was found by Amy, but made it clear that the crash netted them no food), but moments after Captain Harry Hugo was found roasted dead near a pool of lava, Bobby became a murder suspect for a second time.

Bobby was escorted into the interrogation room where he would be asked questions about the Osprey Airlines plane crash near a volcano. Bobby ran out of food and was starving since the plane crash, but Amy told Bobby that the player found a dead body in the pool of lava and wondered if he recognized the victim. Bobby told Amy that the pilot's name was Harry Hugo and claimed there were additional survivors near an abandoned observatory, where the player chose to continue the murder investigation in.

Bobby was shockingly incriminated as Captain Hugo's killer after evidence incriminated him as being guilty of grand homicide, including but not limited to cannibalism of a human being. Amy was aghast when the player found Bobby guilty of grand homicide, to which he thought the player made a mistake, but Amy sought to put her game head back on when she presented evidence of Bobby's guilt during the moment of his arrest. Amy snapped at Bobby for his wanton lies and demanded him to tell the player the truth, and so Bobby complied.

Bobby had no food and/or hope and did not like the revelation that Captain Hugo kept his greedy self as the man of the spotlight—specifically Captain Hugo and Bobby looked for help, but when an avalanche throttled the two, Captain Hugo took everything away from Bobby and left him for dead. Bobby survived the avalanche, but was bereft of his survival supplies thanks to Captain Hugo's thievery. Bobby was starving, so he pounced on Captain Hugo, smashed his head with a broken plane controller, and then tied the pilot to a spit allowing Captain Hugo to be roasted over the lava. Bobby controlled his cannibalistic instinct after Amy's arrival, but Amy did not care about Bobby anymore and alas the player took Bobby to court.

Bobby told Judge Dante he had to do anything to survive as if there was no tomorrow. Judge Dante gave Bobby 30 years in jail with mandatory psychological counseling for the cannibalistic murder of Captain Hugo aside from the jokes he cracked before issuing the final judgment. The arrest stunned Amy to no end as although she was glad to be back in White Peaks, she realized her childhood life were all lies all along—forcing her to take refuge in the snowy hills to clear her mind of the lies which lie within her youth. Frank had to talk some sense into Amy as the outcome was more than what she could handle not to mention the player telling her that there's always hope and good within her.

Bobby was brought into this murder investigation as part of Tesla's game after the team found his name on an apocalypse survival guide. Amy was shocked and furious to hear that Tesla released Bobby out of all the convicts in prison. Bobby said he came to The Wastes when he was informed that Amy was there. He was convinced that Amy told him to come here, despite Amy denying it and saying that Tesla brought him here; though Bobby claimed he never knew Tesla.

Amy and the player spoke with Bobby again after they found a picture of him and Amy on their last date before she left for the police academy. Tesla had let him out of the virtual reality so he could speak with Amy again. Amy asked if killing Frank was something in return for Tesla's false promises, Bobby said that he would not kill one of Amy's friends, as he knows how much they mean to her. Amy then tried to lock him up in the bunker until he could be transported back to prison, but he escaped shortly thereafter.

Bobby was guilty of manslaughter for a second time in spite of Albert Tesla's time limits. Bobby felt that Frank stood in the way of Amy and it was no surprise that Tesla made a promise to the disgraced hitch-hiker. Bobby obeyed Tesla's orders, and he handled the manslaughter with ease. Amy's anger erupted into hate, as she stated that Russell was the one who gave her light in the hardest times of her life since White Peaks, a feat in which Bobby refused to accept. Amy made it clear she has her dating rights set straight, but Bobby still refused to accept change. As the player started to arrest Bobby, the double-killer pointed the gun at Amy in hopes of killing her to send her consciousness to Tesla's virtual reality. Bobby felt that he had more rights to love Amy than any other man, but Amy had to point her gun at Bobby in self-defense, promising him what she would do would not be nice. Bobby refused to have a life without Amy, but before Bobby fired, Amy had no choice but to gun Bobby down to death in an act of self-defense.

Russell had to give a morale boost to Amy to ensure that she had no choice but to fire her gun before she and the player went to stop Tesla once and for all. 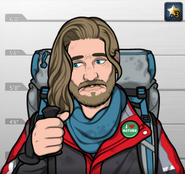 Bobby, as he appeared in Leap of Death (Case #25 of Pacific Bay). 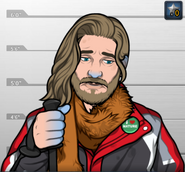 Bobby, as he appeared in The Hunger Planes (Case #28 of Pacific Bay). 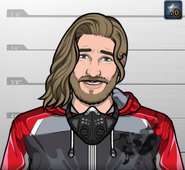 Bobby, as he appeared in The Final Countdown (Case #59 of Pacific Bay). 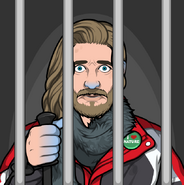 Bobby, sentenced to 30 years in jail with mandatory counseling for the cannibalistic murder of Captain Harry Hugo. 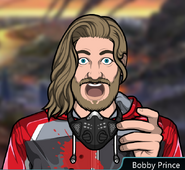 Bobby was shot by Amy Young in an act of self-defense after he threatened to have things his way moments after he was found guilty of the murder of Frank Knight. 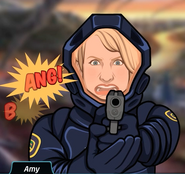 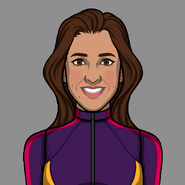 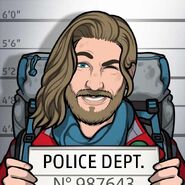 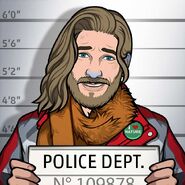 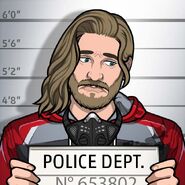 Retrieved from "https://criminalcasegame.fandom.com/wiki/Bobby_Prince?oldid=531842"
Community content is available under CC-BY-SA unless otherwise noted.