Blue Blazes is a case featured in Criminal Case as the twenty-first case of Mysteries of the Past (Season 4) and the one-hundred ninety-second case overall. It takes place in the Sinner's End district of Concordia.

Constable Ramirez told Maddie and the player that an Irish gang's moonshine delivery truck was found in a street. Next to the truck, they found the burned body of distiller Davy Byrne.

During the investigation, Evie found Davy's distillery. Shortly after, the team flagged Fiona "The Viper" Flanagan as a suspect. Furthermore, Fiona started dismantling the distillery, compromising evidence. The team found enough evidence to arrest baker Mauro Massetti for the murder.

After denying involvement, Mauro admitted to the crime. Upon his arrival in Concordia, Mauro lent money to Davy, who promised to pay him back when he could. When Mauro went to collect, Davy refused. Feeling fooled, he doused Davy with moonshine and set him ablaze with his cigarette. Judge Lawson sentenced him to 25 years in jail.

After the trial, Maddie and the player asked Giulietta Capecchi for help in closing the distillery. Giulietta said that the gang used to hide documents in a clock, which they found at the distillery. Inside, there was a ledger detailing the distillery's monthly moonshine sales, enough evidence to shut the place down. The team then informed Fiona, who said she had other assets to care about.

Meanwhile, Isaac and the player investigated Ramirez's report about previous murders the police did not solve. They found a newspaper article, which mentioned the deaths of several prostitutes at the hands of someone nicknamed "The Scarlet Slayer". Per Evie, the article was written by Katherine Woolf, who confirmed Annie's death. Moreover, she said that Adrienna Brassiere contacted her every time a girl disappeared. After Katherine and the player found another message, they met up with Adrienna, who told them that she believed the Scarlet Slayer belonged to the Italian community.

Later, the team reconvened and decided to dig deeper into the Scarlet Slayer in order to prevent more carnage and a potential gang war.

Mauro Massetti
Add a photo to this gallery 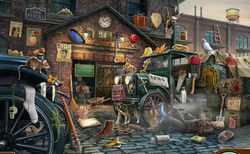 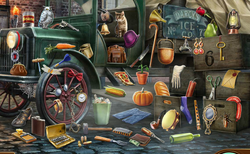 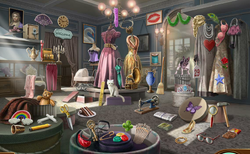 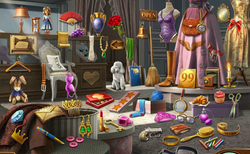 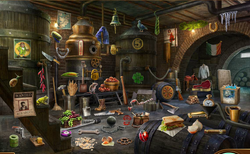 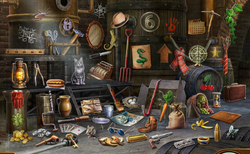 Distillery Tanks
Add a photo to this gallery

Retrieved from "https://criminalcasegame.fandom.com/wiki/Blue_Blazes?oldid=516470"
Community content is available under CC-BY-SA unless otherwise noted.