Carmen Martinez (Chapters 1‒3)
Jack Archer & Armand Dupont (A New Light 4)
Sanjay Korrapati (1 task in A New Light 4)
Bloodywood is a case featured in Criminal Case as the one-hundred and thirty-seventh case of the game. It is the twenty-second case of the game's World Edition (Season 3) and also the fourth case to take place in South Asia.

Following the events of Bangalore, Chief Ripley sent the Bureau to Bollywood for leisure whereas Elliot preferred to stay in the offices, tracking O.M. MediLab. Jack wanted to stay with Lars because Lars fancied reading Om Padmasana's book, so Carmen and the player took director Gurvinder Chowdhury's offer to visit his movie set instead. At the set, Carmen and the player found actress Priya Joshi beaten to death.

Mid-investigation, Ingrid informed the team that an elephant had escaped from the movie set, before Angela told them that the victim was eight weeks pregnant. After collecting enough evidence, the cops incriminated the victim's cousin and cricket player Vikram Joshi as the killer.

Vikram stated that he was in Bollywood to protect his cousin, but admitted to the homicide soon after. He then admitted that he had discovered Priya's affair with her director, and her subsequent pregnancy pushed him into bludgeoning Priya with Dandiya sticks in their family's name. Judge Adaku issued a life sentence for Vikram for the homicide.

Post-investigation, Angela informed the team that Lars had sent their kids to India without consensus because Lars wanted his whole family to be together. After the conversation with him, Jack and the player went to the Ganges and found a suspicious book. They sent it to Marina for analysis. Marina explained that the book stated that one had to persuade their followers to abandon their beliefs so they could adopt new ones to guarantee their obedience. Jack told Angela that he would disguise as Padmasana to coax Lars from his current ways, and succeeded doing so.

With Lars's mind changed and the Douglas triplets in headquarters, the whole Douglas family and the rest of the Bureau went to Bollywood actress Arsha Raju's Cricket Charity Gala. There, Elliot told the player that Padmasana was spotted in Bhutan. With no knowledge of Padmasana's plans or any leads to go from, the Bureau took a flight to Bhutan. 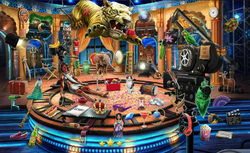 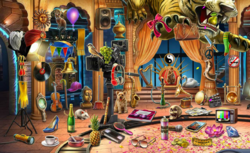 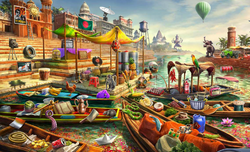 Market on the Ganges 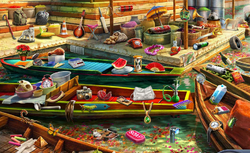 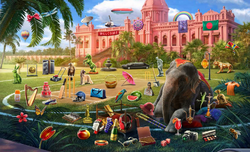 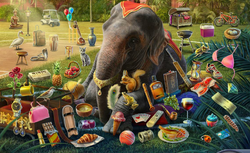