Blood on the Trading Floor

David Jones
Blood on the Trading Floor is a case featured in Criminal Case, appearing as the twelfth case of the game as well as the city of Grimsborough, and the first one to take place in the Financial Center district.

Upon Chief King's orders, Jones and the player collected the body of a stock trader Samuel Rye, who was found hung up in the Stock Exchange and emptied of his insides.

They were informed by Chief King about CEO Alden Greene wanting the case solved as soon as possible, prompting them to question him. They then spoke to casino worker Kate Murphy after she broke into Gecko Street Station, Kate admitting that she was selling barbiturates to the stock traders. After thorough investigation, the killer turned out to be stock trader Harry Krane.

Harry revealed that Alden needed a new stock trader, and so he wanted to hire Samuel. Harry did not like it when Samuel kept on bragging about his deal with Alden, and as a result, he got very jealous. He then disemboweled Samuel with a samurai sword, and then hung the victim up in the Stock Exchange. Judge Hall then sentenced Harry to life imprisonment with no chance for parole for the brutal murder.

After the trial, the player assisted Kate in tracking down her casino key and stock trader Jack Ryan in finding his missing club card, as well helping casino manager Brooke Chase in ascertaining that there was no more traces of Samuel's blood on the casino's samurai exhibit.

Harry Krane
Add a photo to this gallery 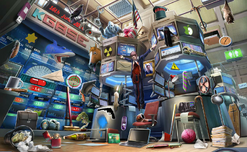 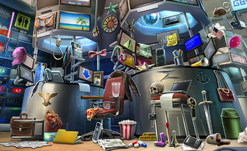 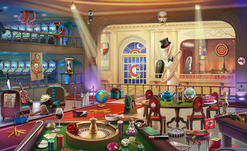 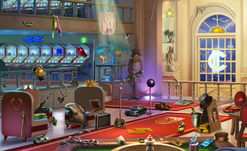 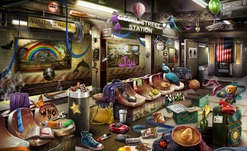 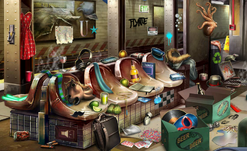 Subway Benches
Add a photo to this gallery

Retrieved from "https://criminalcasegame.fandom.com/wiki/Blood_on_the_Trading_Floor?oldid=543698"
Community content is available under CC-BY-SA unless otherwise noted.