Gwen Harper (All Chapters)
Priya Desai (A Taste of Blood 1)
Jacob Arrow (1 task in A Taste of Blood 1)
Blood Lust is a case featured in Criminal Case as the first case of Supernatural Investigations (Season 7) and the three-hundred twenty-third case overall. It is the first one to take place in the West.

Upon reporting to Chief Arrow of the Supernatural Hunters in Washington, the player was immediately sent to the Seattle cemetery to investigate the murder of a young woman along with their partner, Gwen. There, the team collected the body of recent high school graduate and partygoer Lucy Winters, who had been drained of blood by a vampire.

At the start of the investigation, Gwen explained to the player that supernatural hunters in general investigated crimes related to the supernatural much to the chagrin of the proper law enforcement authorities. They then disguised themselves as reporters to commence the investigation. Later, the victim's ex-boyfriend Eric Zwart went to the team with a knife, intending to end his life due to Lucy's death. Soon after, the team quelled a mass panic at the cemetery over the existence of vampires. The team then found enough evidence to incriminate DJ Blood in the murder.

DJ Blood admitted to killing Lucy, who had wanted to be turned into a vampire after seeing him drink blood. When Blood finally caved in to Lucy's requests, he bit her, intending to drink a little of her blood in exchange for transfusing his blood in her. Not having tasted fresh blood in a long time however, Blood could not resist sucking her dry. The team took him to the leader of the US vampire coven, Dr Aculus, who sent him to his ancestral castle in order to stay in the dungeons for at least fifty years.

Post-trial, Priya admitted to the player that she was a werewolf, getting into a near-death encounter with one only to be saved by Ben and being offered a place in the team by Chief Arrow. Priya then asked the team to help her properly introduce the world of the supernatural to partygoer Mina Reynolds. The team then learned that Mina had disappeared and (per Hope's analysis of her phone) was most likely attacked by a vampire before her disappearance. Dr Aculus refused to give the team a list of all known vampires but pledged to help them out in looking for Mina.

Meanwhile, Gwen asked the player for help in tracking down an attractive man she happened upon during the investigation. The team learned that he was Pierce Cromwell; soon after, suspected vampire Roxanne Vega set Gwen up for a date with Pierce. After all the events, Hope was able to track Mina's smartwatch to Oregon. The team then headed off in order to find Mina. 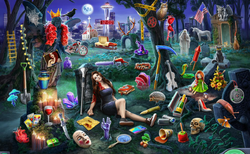 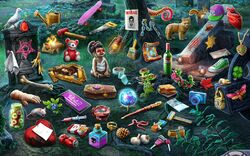 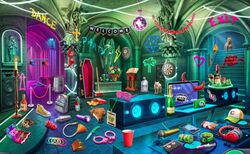 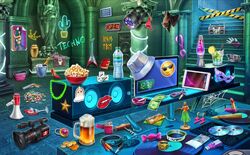 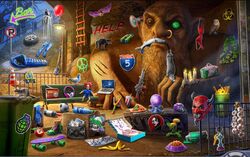 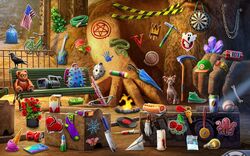