Blood Bath is a case featured in Criminal Case as the twenty-ninth case of Mysteries of the Past (Season 4) and the two-hundredth case overall. It takes place in the Coyote Gorge district of Concordia.

Maddie and the player headed to the Fat Chance Saloon in Providence Town to pick Vinnie Costa and take him to court to testify against Vittorio Capecchi, only to find him with his throat slashed. Since Rose was guarding him, she was flagged as a suspect.

During the investigation, the people in Providence started leaving the town. Later on, someone sent a rattlesnake to the team to scare them off the investigation. However, they found enough evidence to arrest Clay Westwood for the murder.

Clay denied involvement but soon admitted to the crime. He believed that Vittorio would bring progress to Coyote Gorge with the railway. When he found out that Vinnie would testify against him, he caused an explosion to lure Rose off his room, snuck inside with a stolen master key and sliced his throat with a broken bottle. Judge Lawson sentenced him to 25 years in jail. After the trial, Rose told the team that Vittorio wanted to challenge the Squad to a duel.

After they found a weapons case that Rose prepared for them in the main street, the team faced Vittorio, which resulted in a gunfight that left Evie injured. As the team ran out of ammunition, Charlie crafted more bullets out of metal tableware.

Meanwhile, Diego and the player asked Dick to heal Evie. After they found anesthesia in Vinnie's room, Dick successfully performed the surgery, saving Evie. After the team (along with Katherine Woolf) checked on her, Diego expressed his intentions to join the Squad as a consultant.

With the help of Catastrophe Joan, the team faced Vittorio again, forcing him to flee. They found his bloody hat in the main street and concluded that he was hiding in his estate, where they headed to stop him once and for all.

Clay Westwood
Add a photo to this gallery

Evie Holloway
Add a photo to this gallery 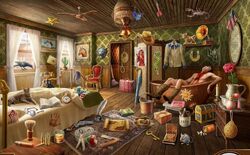 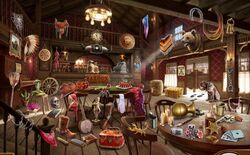 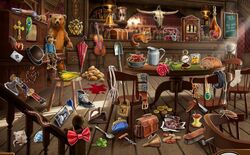 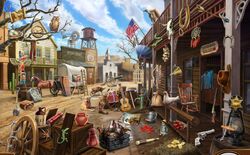 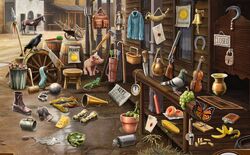 Porch
Add a photo to this gallery

Retrieved from "https://criminalcasegame.fandom.com/wiki/Blood_Bath?oldid=537840"
Community content is available under CC-BY-SA unless otherwise noted.