David Jones (Chapter 1 & Chapter 2)
Gloria Hayes (Chapter 3 & Endgame 6)
Rita Estevez (Endgame 6)
Diane Parker, Amir Devani & Martine Meunier (1 task in Endgame 6)
Blaze of Glory is a case in Criminal Case featured as the sixtieth and final case of The Conspiracy (Season 5) and the two-hundred ninety-first case overall. It is also the final case to take place in the Newmark district of Grimsborough.

Soon after the explosion at the dome, Julia Brine was found dead and Joe Warren reportedly went missing. With Denise Daniels' neohumans rampaging all over the city, the team was assigned to start the evacuation of the city's residents. A few hours later, Cathy told the team that her facial recognition system had spotted Denise at City Hall. There, Jones and the player found her head impaled on a statue, with a message from the killer implying that they had taken control over her army.

During the investigation, the team learned that Chief Parker had been at the crime scene before them, forcing them to flag her as a suspect. Soon after, the neohumans raided the station, forcing the entire team to leave and establish a temporary base at the raided and abandoned 99th precinct. Meanwhile, Jones and the player headed to a hill at the outskirts of the city, where they found Denise's beheaded body. They also found Warren weak but alive near the hill. Later, while convening at the destroyed dome, Jones and the player were caught in an explosion, severely injuring Jones. As a result, Gloria took over as the player's partner. The team soon found out that the leader had complete control over the neohumans. They then gathered the final evidence needed to incriminate Denise's personal assistant, Otto Kessel, in the murder.

To everyone's amazement, Otto said that the neohumans welcomed him as their new leader as he himself was a neohuman. Otto explained that Denise had him woken up and tested on multiple times throughout his development, with him growing more obedient to her orders. For the final phase of testing, Denise dared Otto to pass off as her assistant in human form. However, the longer he was out of the tank, the more aware he became of the abuse Denise inflicted on him and his fellow neohumans. As the neohumans were still fully under Denise's control, Otto decided to "free" them. Thus, when Denise was marching her army to the hill, he beheaded her so that her army would no longer have to bow down to any human. After his confession, the team tried to subdue him, but his invincibility allowed him to easily escape.

After Otto's escape, Amir and Rita proposed their plan to amplify the serum's effects on one person to make them even more powerful than the neohumans. They would then gather all of the neohumans in one place in order to more easily take them on.

After Gloria and the player found a generator for his makeshift lab, Amir was successfully able to make the serum. However, Amir said that whoever took it would experience an incredible burst of power for roughly an hour before dying. As Warren had volunteered to take the serum, the team talked to him to ensure he was up to the task. Despite his willingness to atone for Ad Astra's sins, Warren succumbed to the effects of the serum and his injuries from the explosion and died before their eyes, forcing the team into a dilemma.

Meanwhile, Rita and the player went to the dome to find video footage of Otto, which they promptly sent to Cathy. After Cathy informed the team that Jones was awake but in severe pain, she showed them the message she was able to make of Otto urging the neohumans to gather at the hill. Chief Parker approved of the use of the message, but she advised the team to go to City Hall to find the access codes they needed to broadcast the message throughout the city. They found the codes and sent them to Cathy, who was able to prepare everything they needed for the broadcast.

After all the events, Jones reunited with the team (albeit with one less eye), not wanting to sit out on the team's biggest confrontation. Rita then volunteered to take the superhuman serum, saying that she was the best candidate to take it given her physical condition and military training, much to Martine's sorrow. The team then executed their plan, with Rita and the player confronting Otto and the neohumans atop the hill. In the middle of the battle, Rita felt her powers overloading and urged the player to run for their life. Soon afterwards, an overloaded Rita caused an explosion, killing her as well as all the neohumans.

Two weeks after the battle, the city was in the middle of its restoration: the citizens had returned to their homes, mayoral elections had been scheduled, S.A.R.A. was helping the city clear the former dome site, while Christine Ramsgate — who had succeeded Denise as S.A.R.A. head — had been trying to restore the public's faith in S.A.R.A. The team then headed to Rita's memorial ceremony, where Chief Parker honored Rita's sacrifice and announced that a memorial would be erected at the former dome site to commemorate Rita.

Five months after the ceremony, the GPD recounted how far they had come since the player's re-arrival in the city: a still-grieving Martine was slowly recovering, taking care of Rita's dog for her; Cathy and Alex had grown closer from all the strife and were expecting their second child. They then went to Amir and Jasper's wedding, officiated by Ramirez. At the reception, a concierge told the player that someone had come to visit them. The player went outside and found Jack, who said that he had come from the year 2029 representing the Temporal Crimes Division, telling the player that the future needed them.

Paul Sheppard
Add a photo to this gallery

Rita Estevez
Add a photo to this gallery 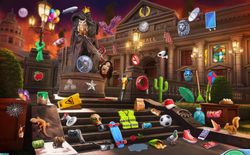 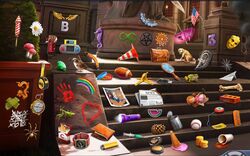 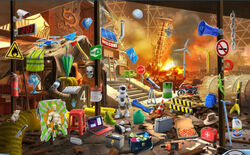 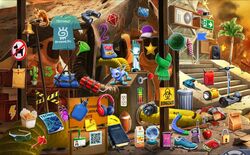 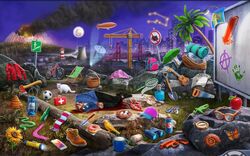 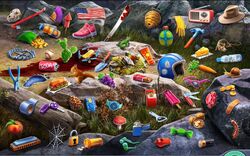 Beheading Site
Add a photo to this gallery

Retrieved from "https://criminalcasegame.fandom.com/wiki/Blaze_of_Glory?oldid=548355"
Community content is available under CC-BY-SA unless otherwise noted.