Blaise Studebaker was a suspect in the murder investigation of his ex-girlfriend, sorority paintball team captain Sam De Witt, in Deadeye (Case #39 of The Conspiracy).

Blaise is a 19-year-old student at Grimsborough University and the ex-boyfriend of the victim. He has short blond hair and wears a pink polo shirt with a white collar and a green dolphin insignia on his left lapel along with black pants. It is known that Blaise has read The Art of War and drinks Blast-Off Brews.

Blaise became a suspect after Gloria and the player found a text conversation between him and the victim in her cellphone and learned that he was the victim's ex-boyfriend. Answering about his ex-girlfriend, Blaise said that Sam broke up with him in order to focus more on her studies, and he respected her decision. In the end of the conversation, Blaise told the team that he really missed Sam even though she was dead then.

Later, Blaise asked Gloria and the player for help, saying that he wanted to report a crime. After being asked about this, Blaise complained that he was driven out by the Iota Psi Omega sorority girls when he tried to get in their party, which celebrated Sam's life.

Shortly after, Gloria and the player interrogated Blaise again as they (per Cathy) found out that he had hidden a camera in the locker room to spy on the girls, and that Sam then discovered the camera, damaged it and threatened to report Blaise for voyeurism. When being asked about this, Blaise explained that he had had a bet with some of his buddies and could not go back. Gloria then said that the team would be bringing Blaise up on his voyeurism charges.

Blaise was then found to be innocent after the team incarcerated Monica Pozie for Sam's murder. 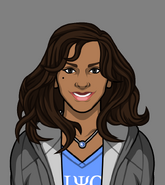 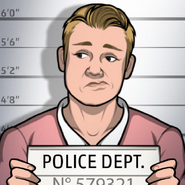 Retrieved from "https://criminalcasegame.fandom.com/wiki/Blaise_Studebaker?oldid=433836"
Community content is available under CC-BY-SA unless otherwise noted.