Maddie and the player went to the town square to take their positions for their plan to stop the mass execution and arrest Mayor Lawson. Once there, however, they found Inspector Jaubert, dead on the guillotine, and so the execution had to be postponed, ruining the team's plan.

During the investigation, Judge Umbright was found to have been at the town square before the murder, prompting the team to flag her as a suspect. Later, the team saved Lady Highmore from arrest after she knocked out Officer Smythe of the Justice Corps after he had barged in her house and almost discovered the resistance war room. Maddie soon went into labor and (with Highmore's assistance) gave birth to George Dupont, so Isaac replaced her in the investigation. After all this, the team found resistance leader Giulietta Capecchi guilty of the murder.

Upon admitting to the murder, Giulietta said she and Enzo Jonas were preparing to execute the plan at the town square when Jaubert spotted them. She and Jaubert then fought before she shoved him into the guillotine. When the rope slipped, the blade came down and killed Jaubert. Enzo then helped Giulietta escape and cover her tracks so she would not be sentenced to death for the accident.

While the team was considering what to do with her, Charlie came and informed them that Lawson's goons had stormed the airship and arrested the entire Squad, including his baby. Isaac immediately told Giulietta and Enzo to run away for the time being. Charlie and Dick then elaborated, saying that Officer Smythe had reported that the Squad was hiding something from him during the investigation so the Corps concluded that they were sympathetic to the resistance. When they were being stormed, Charlie and Dick hid under sheets in the morgue to avoid arrest, whereupon they heard someone—likely Viola—getting knocked out. They also heard that the Squad was to be held in the dungeons before their execution at dawn the following day. They then concluded that the Corps were waiting for them aboard the airship, so they could not go back there.

Highmore then offered her help to the four remaining Squad members, saying that her great-grandfather designed the dungeons and that she had a model of it in the war room. She also said that she had medicinal supplies in the headquarters so that Dick could readily prepare and administer treatment to the team.

Isaac and the player found the dungeon model and sent it to Charlie, who pinpointed the Squad's most probable location. However, he said that they needed to enter the door leading to the underground enclosure and that they needed the key to the Squad's holding cell. The team then talked to Nicholas Holloway, Evie's brother, who said that Highmore's great-grandfather must have kept a copy of the skeleton key within the house. Shortly after, Isaac and the player were able to find the key.

Meanwhile, Highmore and the player found a vial of acetaminophen (a painkiller) in the headquarters, which Dick promptly used to devise a treatment. Afterwards, Dick said that George Blanton had become a prison guard for the Corps, so Isaac (whom Blanton had always admired) could talk him into getting access to the dungeons. They then camped out and, at night, Isaac was able to convince Blanton that Lawson was relocating the prisoners and also got him to give them uniforms so they could blend in. Charlie and the player then slipped into the dungeons in uniform and found the team, who were conveniently put in the same cell as Katherine Woolf. They freed the Squad and the rest of the political prisoners (which included Rockley Rochester and Mildred Takakura).

After escaping, Rose told the prisoners to split up and reconvene at Highmore's house. Charlie told Maddie that he had to go back to the airship to retrieve something important, so Isaac accompanied him to ensure his safety.

Enzo Jonas
Add a photo to this gallery 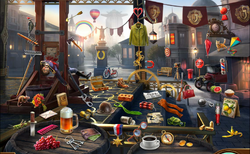 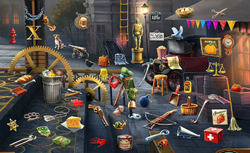 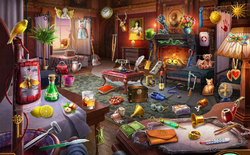 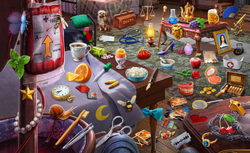 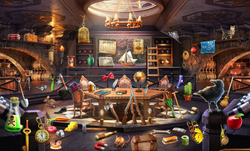 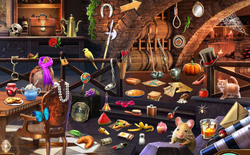 Wine Shelves
Add a photo to this gallery

Retrieved from "https://criminalcasegame.fandom.com/wiki/Best_Laid_Plans?oldid=537789"
Community content is available under CC-BY-SA unless otherwise noted.