Behind These Walls is a case featured in Criminal Case as the twenty-seventh case of The Conspiracy (Season 5) and the two-hundred fifty-eighth case overall. It takes place in the Maple Heights district of Grimsborough.

After beat cop Mia Loukas informed the team of a murder, Chief Parker sent Gloria and the player to the Bloom family castle, where they collected the body of Bloom family heir Mason Bloom with a halberd protruding from his chest.

During the investigation, they followed the screams of a woman to Chelsea Bloom taking her grandmother Violet Bloom through the maple orchards so they could flee from the evil that was taking over the family. Later, they had to stop Clive Bloom and his hound from attacking Carter Hayes, who had decided to explore the castle. The team then found enough evidence to arrest Violet for the murder.

Upon admitting to the murder, Violet said she found out that Mason was dating the family maid, Anita Diaz, and impregnated her, eventually planning to run away with her. As she thought the new child would destroy the purity of the Bloom family tree, she stabbed her grandson in the heart with a halberd, forcing Anita to take care of her son all alone. Judge Powell sentenced Violet to 15 years in prison.

After the trial, Tony Marconi told Gloria and the player that there were plenty of scientists entering and leaving the dome, and that he also got his employees to reveal the flight number of one of them. They found the flight number in the maple orchard, which (per Cathy) belonged to geologist Mortimer Pickering, who attended Oxford University at the same time as Rupert. Upon learning of Mortimer's intentions, Rupert volunteered to impersonate him and infiltrate the dome to gain information on DreamLife, previously learning about geology from Jasper. Chief Parker authorized the plan while the team would look out for Mortimer.

Meanwhile, the player helped Chelsea track down Anita (whom Clive had suddenly fired with no pay) and gave her Mason's old baby rattle. After all the events, Amir volunteered to help Martine to make the antidote for the Demon Fish in Rupert's absence. Shortly after, Martine suggested the team to go diving for further investigating the fish.

Ruben Lindstrom
Add a photo to this gallery 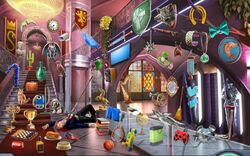 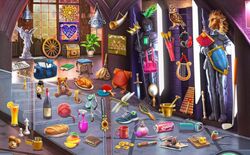 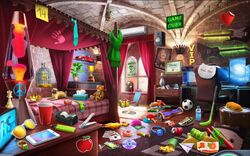 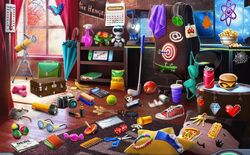 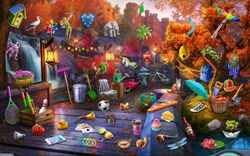 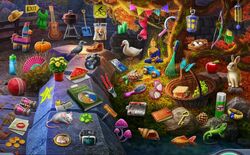 Orchard Bridge
Add a photo to this gallery

Start a Discussion Discussions about Behind These Walls