Beastly Behavior is a case featured in Criminal Case as the seventh case of City of Romance (Season 8) and the three-hundred fifty-ninth case overall. It takes place in the Attraction district of Paris.

Carrie and the player headed to 81 Rue Cortot to look for proof about the Montmartre animal trafficking ring they discovered in the Popotin Rouge. The address led to an apartment, where Carrie and the player found the stabbed corpse of animal smuggler Jackson Peacock, who was recently released from prison after being incarcerated for his baby panda trafficking operations in Grimsborough.

Mid-investigation, Hugo discovered that the killer went to Café Oh La Vache, which was on the same street as the victim's apartment. Shortly after, Léa informed the team that caricaturist Laila Rangwalla had filed a complaint form against the victim. The team then found enough evidence to arrest stylist Kiki Kloss for the murder.

Admitting to the murder, Kiki said that Jackson, who became her sugar daddy, had offered her a marriage of convenience in exchange for providing for her financially, as he needed a conjugal visa to live and work in France. However, once his visa was accepted, Jackson divorced Kiki, citing that he had bribed the right people in the immigration department to avoid losing the visa. Humiliated, Kiki confronted Jackson, who mocked her and called her spoiled. In retaliation, she stabbed him in the heart with a dagger from her purse. Judge Lebrun sentenced her to 12 years in prison.

Post-trial, Carrie and the player returned to Jackson's apartment and found a sack with malnourished cheetah cubs. After having Nadia heal them, the team arranged with animal rights activist Harper Stone to deliver the cubs to a zoo to prepare them for release into the wild. Before leaving, Harper informed the team that Jackson frequented the peep shows at Le Voyeur in Pigalle. However, he never watched the dancers, sparking suspicion that shady deals were going on at the peep show.

Meanwhile, Enzo and the player helped Émile prepare for his new date with a girl under the online username "LawGirl21", eventually finding out she was none other than Judge Lebrun. The two then decided not to progress the relationship further out of respect for Hugo. After that, Émile confessed to Hugo that he had gone on a date with Judge Lebrun, who was saddened to discover that she had moved on so quickly. After all the events, the team prepared to head to Le Voyeur to investigate the potential animal trafficking operations.

Harper Stone
Add a photo to this gallery

Émile Bardot
Add a photo to this gallery 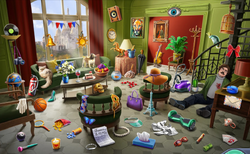 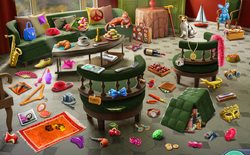 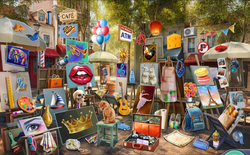 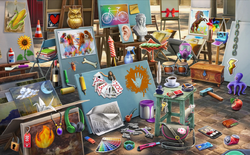 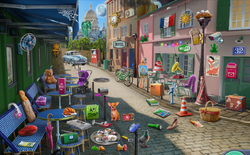 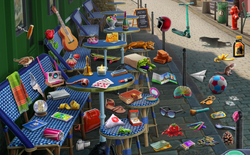 Café Terrace
Add a photo to this gallery

Retrieved from "https://criminalcasegame.fandom.com/wiki/Beastly_Behavior?oldid=542800"
Community content is available under CC-BY-SA unless otherwise noted.