Criminal Case Wiki
Register
Don't have an account?
Sign In
Advertisement
in: Cases, Cases in Travel in Time, Altered Present

Jack Archer (All Chapters)
Zara Tien (1 task in Time is a Lie 3)
Bash of the Year is a case featured in Criminal Case as the eighteenth case of Travel in Time (Season 6) and the three-hundred ninth case overall. It takes place in Altered Present.

In order to learn more about Ammon Bast, Jack and the player inflitrated his party under the disguises of the French ambassador and a general, respectively. In the mansion lounge, however, they found Gypt Technologies CEO Gérard Arnault with his head fatally bashed in.

Mid-investigation, dynasty spokesman Eugene Donkin started making a commotion over his despair about being in the killer's midst. Soon after, Ammon told the team he would take over the investigation if they did not find the killer in time. Fortunately, the team found enough evidence to arrest Eugene for the murder.

Eugene admitted that Gérard had recorded him criticizing Pharaoh Ramses XLIII due to his talk show idea being rejected. Fearing that the recording was essentially a death sentence, Eugene bashed Gérard's head in to silence him. The team handed him over to Ammon, who said that the Pharaoh would have his head for his crime. The team was able to secure a mere prison sentence, however, claiming that France would not approve of capital punishment.

Afterwards, Jack and the player found a hard drive with Nefertiti's logs, proving that she had been in correspondence with Ammon throughout her entire tenure in T.I.M.E. Furthermore, she had also asked Ammon to keep a key safe. They then asked resistance-aligned mansion chef Philip Ramsey about the key. He then told the team to look for some metal pieces he had stolen from Ammon's bedroom and kept in the kitchen. Upon finding it, the team reassembled the key and held onto it for the time being.

Jack and the player also found Ammon's diary in a safe in the lounge. Orlando, upon analyzing it, told Zara and the player that in addition to securing military victories for Egypt, Ammon had also married the various descendants of Cleopatra and Mark Antony to world leaders throughout history. Furthermore, Orlando concluded that the key to restoring the original timeline was undoing Ammon's securing of the shipping and trade routes in the 1700s, a crucial element to the Ptolemy rise in power. The team then asked historian Sirius Atwood for help getting back their time machine. Sirius then said he could arrange a meeting with resistance-aligned Sphinx News journalist Tabu Kebu so the team could find out where its time machine was stored.

After all those events transpired, the team prepared to attend a meeting with Tabu. 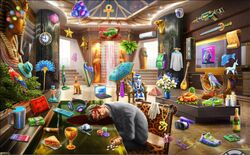 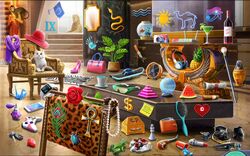 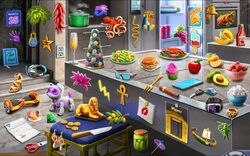 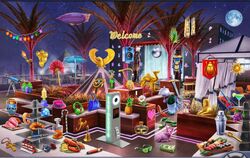 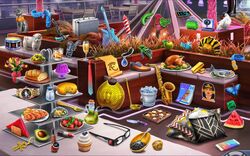